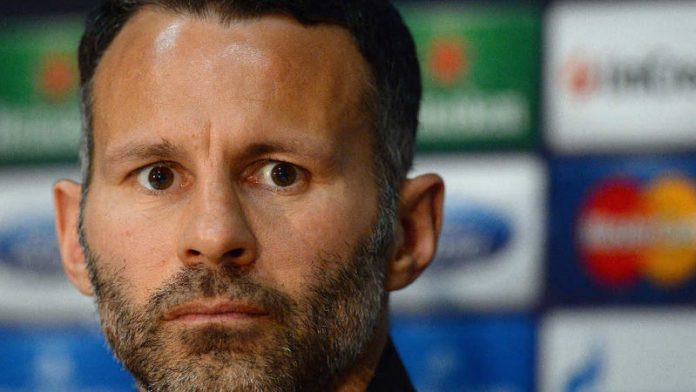 Ryan Giggs is starting his stint as interim Manchester United manager by urging his players to entertain the fans who have endured a miserable season.

The 40-year-old midfielder was put in charge on Tuesday when David Moyes's reign ended after 10 months with the defending champions in seventh place in the English Premier League.

Speaking publicly for the first time since his temporary appointment, Giggs provided an insight into what he has told the squad about Saturday's match against Norwich at Old Trafford.

"I trust you and I know what you're capable of, and go out there and show it on Saturday, and give the fans something to shout about," Giggs said on Friday.

Giggs is expected to manage the team for only the remaining four matches of the season before a more experienced successor to Moyes is appointed.

"It has been a difficult week for the club and it's been a bit of a whirlwind week for me but one I've enjoyed," Giggs said.

"It has been different, chaotic, and I've been getting a little taste as it's my fourth day in the job."

Youth team
Giggs came through the youth ranks at Old Trafford and was part of the famed "Class of 92" youth team that helped contribute to so much of the club's success under Alex Ferguson, who retired last year after more than 26 years in charge.

"I've had to take a bit of stick [from the players]," Giggs said.

"Things like, 'Where are you going to park? What do we call you?'

"The players have been great and the reaction in training has been sharp. I've just tried to make things relaxed and for everyone to enjoy themselves … let's have a good end to what has been a frustrating and disappointing season."

The club's most decorated player, who has made 962 appearances, is still in the squad and could pick himself to play against Norwich.

"I've just given myself a five-year contract," Giggs joked.

"I haven't done much this week but am still involved as a player as well."

Giggs is being assisted by former teammates Phil Neville, Nicky Butt and Paul Scholes as he tries to stabilise a team in turmoil.

"It's the proudest moment of my life," Giggs said.

"I've supported Manchester United all my life. It's been the biggest part of my life since I was 14, when I signed schoolboy forms. I'm proud, happy, a little bit nervous but just like I am as a player, I can't wait for the game on Saturday."

Moyes can now prepare for the future after finally agreeing on his severance package with United on Friday.

"Terms of settlement have been agreed between the club and David Moyes in respect of the termination of his employment," the League Managers Association said in a statement.

"A settlement agreement is in the process of being finalised." – Sapa-AP