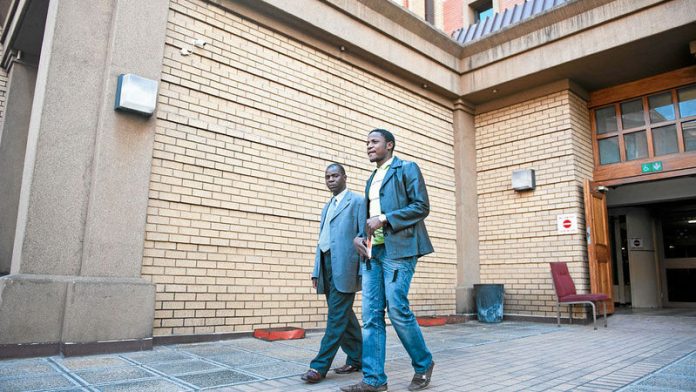 This week, a judge told a Limpopo community-based organisation fighting for pupils’ rights to get textbooks that, instead of going to court, it should rather vote out the current political representatives, approach the Democratic Alliance for help, or “just write a letter to the provincial department of education”.

“It’s likely that opposition politicians would be more interested in raising these matters than government politicians … So wouldn’t that be a course open to you? Would Mr [Julius] Malema or Mrs [Helen] Zille not be interested in your submissions … I don’t see why [coming to court] is appropriate,” Judge Neil Tuchten said in the Pretoria high court on Wednesday.

He was addressing Adila Hassim, an attorney at Section27, who is representing Basic Education For All (Befa) and 18 other school applicants. It was heard on Tuesday and Wednesday this week.

Tuchten also suggested submitting an application under the Promotion of Access to Information Act (Paia) to get more information about why thousands of Limpopo pupils do not have their textbooks four months into the school year.

“If it was that easy,” Hassim told him, “… we wouldn’t have to bother your lordship with this matter.”

Not about politics
Befa member Bruno Mabuza said the court case “is not about politics”. “It’s about pupils’ rights … I don’t understand why the judge is talking like this,” he said.

Mabuza said that Befa “doesn’t have the resources” to submit a Paia application for more information about the Limpopo education department’s procurement of textbooks.

“We have one car, it belongs to Befa’s chairperson, and we use our own cellphones at our own expense … Befa members don’t have laptops, internet, all that,” he said.

The organisation comprises principals, school governing body members and concerned community members with the aim of standing up for pupils’ rights. Makodelele Makwarela, its chairperson, said it has battled to recruit members because of intimidation by department officials, and “people living here are poor so we don’t get much donations”.

At the end of last month, and as a last resort to get outstanding textbooks delivered to schools, it launched legal action against the department. The department told the court the textbooks were not delivered because of budgetary constraints and principals not informing it of shortages. It has agreed to deliver outstanding textbooks for the new curriculum to the 39 schools by May 8 and all other books by June 6.

Been here before
Befa has accepted the department’s dates for delivery but, because “there have been undertakings in the past that the department has not adhered to”, Hassim told the court, Befa has asked the judge to make the department’s commitment an order of court.

Mabuza said Befa has been “trying to tell the department about these textbook problems since Befa started. It doesn’t make sense to me why we even have to come to court over textbooks … basics … We wouldn’t be here if we didn’t think it was necessary.”

Hassim told the court that other schools reported shortages to Section27 but did not want their names to appear in court papers because they “were too afraid [of repercussions from the department]”.

Tuchten said that could be the reason “or they are jumping on the publicity bandwagon maliciously. How must I know?”

When Hassim told the court that schools were not told when the books would be delivered by, Tuchten said: “Isn’t your remedy political? Isn’t it that your elected representatives and officials are not communicating with you? Mustn’t you then vote them out and get new officials? That’s how it works … that’s what democracy is. I’m not here to usurp the functions of the electorate.”

Duty of the court
Hassim said: “In an ideal world … My lord, the duty of the court is to uphold the Constitution between five-year election periods.”

“In terms of the Constitution, judges have an obligation to enforce its provisions, including the provision that guarantees basic education for all,” he said. “A judge cannot choose which sections of the Bill of Rights he or she will enforce, but must enforce the right to education, even when the failure to respect, protect, promote and fulfil the right is due to the tardiness of officials.

“One would hope that these comments are not an indication of a dereliction of his duties as a judge and that he will enforce the right to education as his oath of office requires him to do.”

The spokesperson for the basic education department, Elijah Mhlanga, said he thought the judge had been “fair and we will accept any ruling that he makes after considering the cases from both sides”.

Referring to the textbook shortages, he said the department’s “management plan [has provided] for a period to address shortages”.

Motshekga: ‘We can’t be perfect’