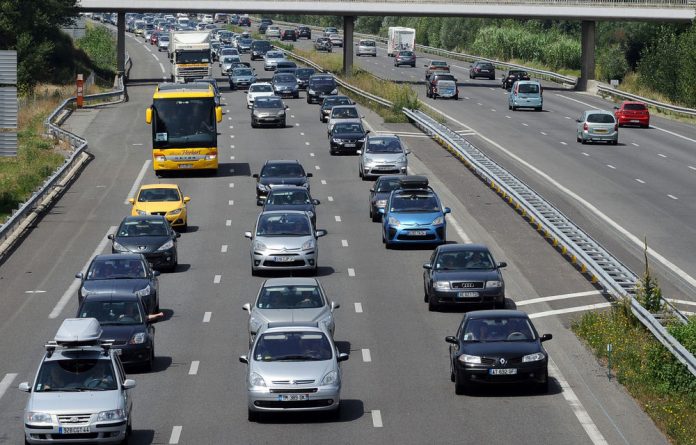 Joburgers: The next time you drive through a pothole or spend twenty minutes queuing at a faulty traffic light, don"t swear under your breath or sit on helplessly as your blood pressure soars. Rather pull out your smart phone and report it, says the Johannesburg Road Agency (JRA).

This month, drivers in South Africa"s economic capital will be able to download the JRA"s "Find & Fix" application: a mobile app that allows citizens to upload real-time photographs of issues and use GPS co-ordinates to pinpoint their whereabouts.

It is being touted as the first of its kind in the southern hemisphere.

""The app is the first of its kind to be launched in the Southern Hemisphere; Middle East, Asia, and Africa regions."

User friendly
The launch date is set for May 14. The app will be free and, according to the JRA, easy to use. In the meantime, the public can put that assertion to the test by downloading and testing the beta version (the version that is made available at the last stage of application testing prior to the commercial release of a product).

Residents whose phones use Microsoft as a platform – such as some Nokia phones – can already download the test version. Those who use Android-based operating systems such as Samsungs can download the beta version as of Friday May 2. Apple iPhone users will need to wait until Friday May 9 to get their hands on the software.

At this point it is unclear where the Android and iOS for iPhone apps will be downloaded from. The roads agency website has not yet uploaded links indicating as such and their spokespeople had not yet responded to a request for clarification at the time of publication.

"The citizens deserve more"
The JRA has embarked on an active social media campaign on Twitter and Facebook and launched an email address and hotline to receive complaints as well.

These actions seem to be part of a broader public relations offensive undertaken by the agency. It described its latest moves as an effort to be "more in touch with residents" and to demonstrate to Joburg citizens it is "serious about delivery".

Last week the roads agency published an open letter to its service providers indicating the organization"s intention to "focus on restoring ethical conduct within the procurement environment, ensure good quality service delivery to the citizens of Johannesburg and improve productivity levels both internally and with external partners."

In its statement, the roads agency said it would no longer:

– Conduct business with suppliers that have a bad performance track record

– Conduct business with suppliers that have been involved in corrupt activities

"The days of defrauding government are over and the citizens of the city of Johannesburg definitely deserve more than what they have been getting," said the statement.

How to compare investment fees

The finance minister details a plan to ‘rebuild the ancient ruins’