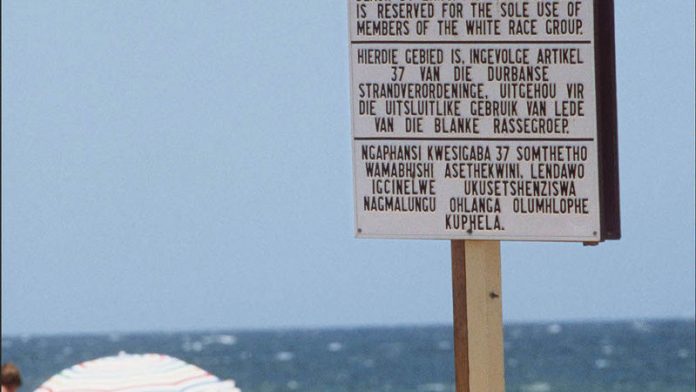 It was once a place so filled with rancour and hatred that people spat at you simply because you were of a different race. It happened to my sister and me when we were teenagers living in Cape Town in the early 1990s.

By then, the Group Areas Act had been repealed and we lived in the suburbs and could attend any school we wanted. As children who grew up in the former homelands, where you could live where you wanted and befriend whom you chose, Cape Town was a peculiar beast.

People stared when we moved into our new neighbourhood. The dogs barked when we walked past – but not at other children. It was meant to be the dawn an integrated society. But the visceral and blatant nature of that racial hatred would eventually sting us, no matter how hard our parents tried to shield us.

My sister and I had taken a train to the city to see a movie. It was an exciting adventure because we were at that age when children try to achieve some independence from their parents. Yes, we could take public transport, and “No, Mom, please don’t drop us off at the movies – we are not children,” we insisted, with the naive confidence of teenagers.

We travelled first class because we were told it was safer, especially on the weekends. The law allowed us to be there. The differences were stark and clear: first class was for white people and third class for the rest. Third class was always overflowing and rowdy, whereas first class was eerily quiet and sparsely populated.

Whenever we travelled first class, people stared and some even pointed fingers at us. It never fazed us. We had been raised to believe we could do whatever we wanted.

On the Saturday we went to the movies, the carriage was almost deserted. We enjoyed the space and freedom. When the train pulled in to stop at the station in Paarden Eiland, there was a white man clad in khaki standing on the platform. His hair was also khaki. In fact, it was almost yellow and stood in contrast to his pink cheeks and blue eyes. He was standing by himself. He gawked as the first-class carriage made its way into the station with no passengers other than two black girls.

As children, we were oblivious to any danger. We had become accustomed to those looks. But as the minutes dragged on, with the train stationary, our presence there probably became too much for him. He marched over to us. His face nearly touched the window.

Then he spat out a big chunk of saliva at us. It landed on the window. We didn’t scream or shout or move. It stung so much; it sat like a stone in our throats and bellies. There was no confusion in our minds about what he meant to convey to us. We did not belong there. How dare we be in first class?

We were glued to our seats as the train eventually started chugging off to the next station. The saliva started sliding down the window and we continued to stare at it silently.

It was my sister, three years older than I am, who had the presence of mind to take my hand and move us away from the offensive watermark. We changed seats so we would not see it.

I was too young to vote on that historic election day in 1994 and was inconsolable about it. I sat on the balcony of our home in Vredehoek, on the foothills of Table Mountain, and watched as my family took their place in the queue at the school across from our house, which had been set up as a voting station. The end of group areas meant we could call such a place home.

We are free now. We do not live under the tyranny of an inexplicable hatred driven by race. We can travel wherever and however we want, in whichever way we choose. No one stares any more as though you don’t belong, or as though you should explain yourself.

Last Sunday, on our 20th Freedom Day, a friend hosted a lunch for friends and family at her brand- new home. She built the house from scratch in Johannesburg’s upmarket northern suburbs. We ululated and sang when we walked into her majestic home to celebrate with her.

We are free now because a young black woman has the means to do so and call any place she chooses home.

No one will stare. No one will spit at us. The dogs may still bark as we walk by, but we are free.

The only time change has occurred in South Africa is in response to global events such as World War II. The country is once again facing such an event — Covid-19 — and will have to react
Read more
Friday

In this extract from The Broken River Tent, by Mphuthumi Ntabeni, the protagonist, Phila, makes a fiery courtroom speech
Read more
Opinion

Why a blanket approach to redressing spatial inequity is flawed

Equal distribution of resources will not close the access gap. Instead, resources must be deployed where they are needed most - and low-cost housing must move from the urban periphery too
Read more
Opinion

Well, the pharaonic Voortrekker Monument to be precise for John Davenport
Read more
Advertising
Continue to the category
Politics