Hundreds dead and others missing in Afghan landslide 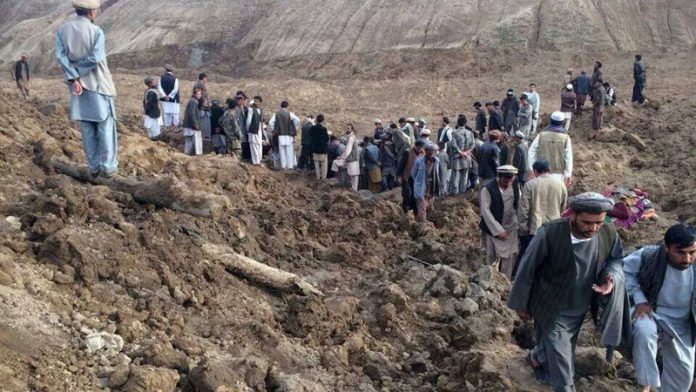 Local people used shovels to search for anyone trapped under a massive river of mud and rocks that engulfed the village in Badakhshan province, leaving little sign of the hundreds of homes it destroyed.

The United Nations confirmed that 350 people were dead and provincial officials said more than 2 000 were still missing more than 20 hours after the disaster.

Emergency workers arrived at the scene on Saturday morning to be confronted by the enormous scale of the landslide, hundreds of homeless families and the risk of more earth sweeping down the hillside.

“Our initial findings based on local people’s reports show around 2 500 people, including women and children, might be dead,” he said.

“It is difficult to get confirmed information from the scene and we are seeking to determine the facts.”

Tide of debris
Villagers were at Friday prayers in two mosques when they were entombed by a tide of debris, and the second landslide hit many who had rushed to assist those in need.

“The number of deceased has increased to 350,” the UN mission in Afghanistan said.

“A response is being mobilised for those who survived but were displaced, with some partners already on the ground.

“[The Nato military] Regional Command in the north [is] in contact with the Afghan National Army in regards to search and rescue efforts.”

It has been relatively peaceful since the US-led military intervention began in 2001 but has seen increasing Taliban activity in recent years.

Condolences
President Hamid Karzai expressed his condolences to those affected and said immediate action was being taken to find any survivors.

Local officials said that the landslides occurred at about midday in the Argo district of Badakhshan after days of heavy rain.

“It is a disaster. The landslide has affected around 1 000 families,” Sayed Abdullah Homayun Dehqan, provincial director of the Afghan National Disaster Management Authority, said.

“Around 300 families are missing, that could involve around 2 000 people. People are working to remove the rocks.

“Around 700 families were rescued, we have sent in some basic assistance such as tents and blankets.”

‘Awful tragedy’
The UN was helping to coordinate relief work but warned that roads to the area could not take heavy machinery.

“The foremost priority at the moment is saving as many lives as possible of those still beneath the rubble,” Mark Bowden, UN humanitarian coordinator in Afghanistan, said.

US President Barack Obama described the deaths as “an awful tragedy” and pledged to help the relief effort.

The landslides follow recent severe flooding in other parts of northern Afghanistan, with 150 people dead and 67 000 people affected by floods in Jowzjan, Faryab and Sar-e-Pul provinces.

Nearly 3 500 houses were damaged and destroyed by the floods, creating an urgent need for shelter, clean water, medical supplies and food.

In the last major flooding in Afghanistan, 40 people died in August in flash floods in eastern and southeastern provinces and some districts of the capital Kabul. – Sapa-AFP

At least 61 killed in massive landslide in Colombia