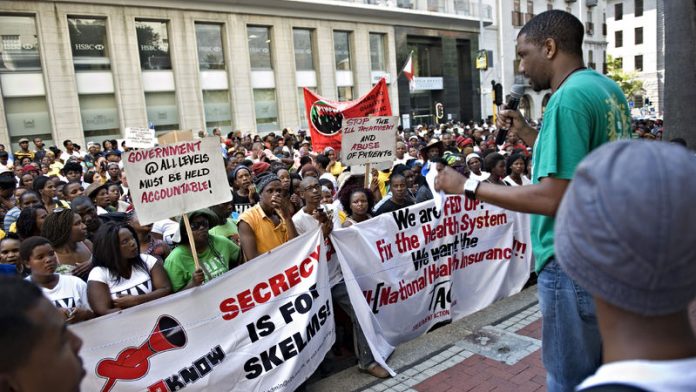 The university has become a key component of what is called the “knowledge economy”, argued University of Cape Town sociologist David Cooper in 2011.

In simple narrative terms: to the university’s first mission (teaching) and the second mission (curiosity-driven basic research), a third mission, starting in the late 1960s and early 1970s in the United States, has been added: economic development.

The university-industry-government (UIG) triple helix has come to characterise and inform the research objectives and the institutional structures of the affected departments and faculties. In this article, I briefly address the knowledge economy, the emphasis placed on the science, technology, engineering and mathematics (Stem) disciplines as opposed to the liberal arts and human sciences, and the question of the missing “fourth helix”, comprising the socioeconomic and cultural dimensions of academic transformation.

In the South African context, the views of Manuel Castells on the knowledge-based economy and the information society have been especially influential.

Mutually reinforcing
In brief, developments in capitalism have brought about a symbiotic, mutually reinforcing relationship between university researchers, especially in the Stem disciplines, and transnational corporations that are heavily dependent on the knowledge produced in the relevant research centres. In order to maintain international competitiveness, corporations push for governments to design national systems of innovation.

However, there is a glaring absence in many such analyses of a philosophy of history-based critique of these practices. Such critique as has been forthcoming is usually formulated in antimanagerialist terms and is relevant and useful, but it does not penetrate beneath the surface phenomena. It does not question the paradigm within which the university third mission is restricted to the UIG triple helix.

From the point of view of someone who is committed to a different kind of world, one where the abysmal gap between the rich and the poor is eliminated, the crucial questions involved in this matter are twofold.

First, is it morally and politically defensible to use public revenues, dispensed through government and universities, to maximise profits for corporate entities that appropriate such profits for their shareholders? Cooper has argued that the usually implicit assumption of some “trickle-down effect” on the part of apologists for the “market university” has no evidence to back it up. In the face of the global reality that more than two-thirds of humanity are excluded from these circuits, this is culpable naivety at best and intellectual dishonesty at worst.

Second, the general assumption is that the university’s third mission is exhausted in the construction and maintenance of partnerships with business and government. To the extent that government is supposed to be representative of “the people”, it could be argued that civil society is indirectly included in the triple helix. However, this fiction is difficult to sustain in an age of scepticism about the democratic integrity of ­governments across the globe.

Fourth helix
Cooper has strongly proposed that a “fourth helix”, representing the socioeconomic and cultural aspects, be added to the UIG linkage. “What will happen to the millions across the globe who remain disconnected from the networks of the knowledge society?” he asks.

“Castells … refers to Africa’s ‘black hole’ of exclusion, calling it a ‘Fourth World’ – a world that I would view as outside the reach of any triple helix research relations.”

This question has never been far from the surface of the many debates about the managerial or corporatised university in South Africa since the late 1990s. The disempowered mass of the people in some sense is one of the main constituencies to which any university, especially in the South, has to be accountable.

There is a strong tradition in South Africa of university academics and postgraduate students working closely with civil society: people’s organisations and grassroots structures, including trade unions, civic, faith-based and sports associations, student bodies, rural and women’s groups, and many others.

This was never really theorised, and after 1994 the national system of innovation guided by the department of arts, culture, science and technology, the department of education and other research-focused structures proceeded on the pathways pioneered and consolidated by scholars in the North.

Global citizens
In 2010, Martha Nussbaum wrote an elegant piece against the commodification and vulgarisation of knowledge through the assault on the liberal arts curricula, especially in Europe. Essentially, her ­thesis – one with which I agree totally – is that democratic societies need the scholarship associated with the humanities. Universities, instead of educating and training clients and service providers, which is what tends to happen increasingly today, ought to have as their main objective the education of global citizens.

In a globalising world, where everybody is virtually a neighbour, the current tendency to downsize the humanities and the liberal arts is a certain recipe for increasing alienation and mutual incomprehension.

Instead of human beings trying to see what is common among people and individuals, the tendency is strengthened to view people as potential clients and exploitable entities that can be instrumentalised for their own personal benefit or for that of their in-group. Difference, instead of constituting a bridge towards understanding the intrinsic value of diversity – biological, cultural and political – becomes a springboard for xenophobic stereotyping and latent social conflict.

One of the most avoided questions in South African scholarship is that of language. Unless this question is addressed as a matter of urgent priority, then the current classist, elitist scholarship that floats on a sea of mediocrity will simply continue to be anchored.

Because of strong leadership coming from the ministry of higher education important policy and strategy documents are moving the language question closer to the centre of academic scrutiny, where it belongs. The Report on the Charter for Humanities and Social Sciences (June 2011) and the Consensus Study of the State of the Humanities in South Africa: Status, Prospects and Strategies (August 2011) are two of the most significant documents in this regard.

Hegemony of English
I believe they should be viewed in terms of the fourth helix. Certainly, in most of Africa, this issue cannot be avoided much longer. And it has to be analysed in global terms, because the global hegemony of English is putting massive pressure on some of the most consolidated standard languages in the world, including especially German, French and Russian. In Europe, the debate is raging, but in Africa and elsewhere in the South, the hegemony of English continues.

It is a mammoth task because Africa, including South Africa, is today subject to the intensified pressures of “globalisation”, and the pressure to adopt English, which is incontestably the global language, as the only legitimate language is exceptionally strong in “Anglophone” territories.

The focus on English, the “language of ­globalisation”, is also one of the corollary implications of the prioritisation of the Stem disciplines in South Africa, as it is in most other countries today. The humanities and social sciences, conversely, have to ensure – as part of a counter-hegemonic strategy – that local languages are not marginalised and endangered. Indeed, in a modern African country, these languages should be at the heart of all development, including also in the formal economic sector.

It is one of the most urgent tasks of the African renaissance, seen as a cultural revolutionary programme and not as mere political rhetoric, that this situation be changed in the direction of the valorisation of African languages.

This is an edited extract from the book Education, the Economy and Society, co-edited by Salim Vally and Enver Motala, to be published shortly by Unisa Press. The late Neville Alexander’s chapter in the book was his keynote address to the DAAD (German Academic Exchange Service) Alexander von Humboldt Alumni Gathering in April 2012 at the University of Cape Town. Alexander, who passed away on August 27 that year, his literary estate and Karen Press agreed to publish his talk in the book

​The digital age erases the divide between humans and objects