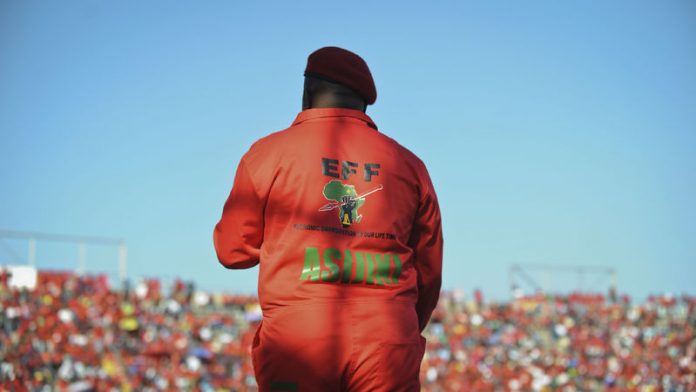 The media has largely ignored issues such as protests, the justice system, and gender in favour of a focus on political party campaigning while covering the 2014 election, a report has found.

While emphasising that the final figures were not yet available, MMA said it hoped the media would have adopted a “citizen’s agenda” in covering the election but that this was not the case. The analysis was conducted over the last seven weeks, and over 3 500 stories were monitored.

The analysis showed that issues such as protests and the justice system received less coverage compared to party politics. Combined, party campaigning and politics received 52% of all election coverage.

The top three topics covered across all media monitored were party campaigning (with 29% of the total coverage), followed by party politics (23%), and corruption (specifically Nkandla).

IEC lease scandal
The next biggest topic covered was the Pansy Tlakula “elections logistics” debacle, which received as much coverage as Nkandla, followed by the SABC and the fracas around the airing of opposition adverts. Opinion polls received 4% coverage, party manifesto analysis received 3% coverage, while protests, the justice system and political violence each received 2% of the total coverage.

“We would also hope that media would have … afforded less coverage to these areas as their dominance adds little to the understanding of audiences of the big elections issues or parties policies,” the report said, with respect to the media’s heavy focus on party campaigning and party politics.

Major issues – such as gender, the environment, labour, housing, land, and even poverty – were among the issues that were “marginalised” in the election coverage, the report found.

Voter education and election funding were among the “marginalised” issues that received more coverage than their neglected counterparts, such as service delivery and human rights.

The MMA noted “concern” over the space shared in the media between all parties contesting the elections. This was because the top five parties hogged the majority of coverage – at 85% – leaving smaller parties disproportionately reported on, so the coverage was not “equitable” in this election.

“In order to contribute to free and fair elections, media ought to cover a greater spread of political parties so that voters can make informed decisions on voting day,” the report said.

EFF’s coverage
As far as political parties went, the ANC received 39% of coverage across all media, despite occupying over 60% of the available seats in Parliament, the MMA noted.

“Further, the [Economic Freedom Fighters] is the third most covered party at 12% although it has no seat in Parliament, but the dramatic tenor of their electioneering as well as the personality, Julius Malema, has helped them achieve relatively high levels of coverage,” the report noted.

The Congress of the People received the most “radical” decrease in coverage since the 2009 elections.

The top sources used by the media were also “well-known” politicians, possibly to the exclusion of ordinary voters. And while gender parity in terms of sourcing has improved since the 2011 election, the analysis suggested that parties themselves were not allowing women to represent them in the media.

“However, not one of the four women in the top 10 is from the ANC, which is not only an indictment on the media but most importantly on the party that calls for gender parity.”

Overall, the report found that the media had been “fair” in its coverage. Fairness was judged using three factors: stories clearly favouring one or another party; the spread of party coverage and equitable coverage, and discrepancy in terms of comparing biased stories against each other.

Overall, the media had shown bias in only 15% of its reporting, the report found.

SABC meltdown all too familiar