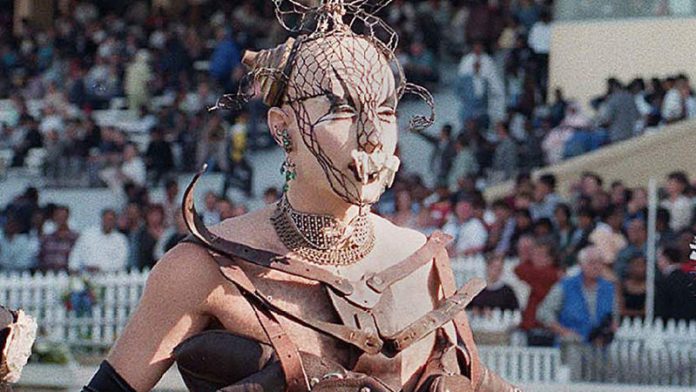 A Paris court on Monday found a South African artist guilty of sexual exhibitionism after a performance in Paris that saw him dance with a rooster tied to his penis.

But the criminal court imposed no penalty on the artist, 51-year-old Steven Cohen, noting that no complaint had been filed against him and that he had not engaged in sexual acts. Prosecutors had requested a €1 000 fine.

Cohen was arrested last September after the performance in a busy public square near the Eiffel Tower.

Sporting platform shoes and an outlandish costume including feathers on his fingers and a headdress made of a stuffed pheasant, he danced for 10 minutes with his penis attached to the rooster, before police stepped in.

“What I did was art [that] had nothing to do with sexuality,” he had told the court, adding that no one – even a group of passing nuns – had complained about the performance. – AFP.

The 11 most extreme pieces of performance art

The evolution of love