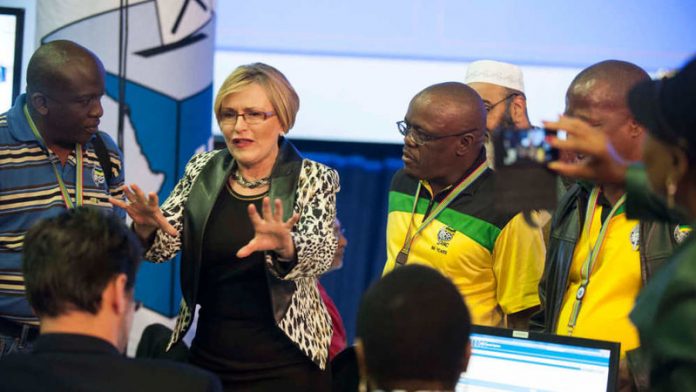 The ANC won the battle for Gauteng, the country’s economic hub, but its support dropped in the province, according to preliminary results released on Saturday.

Gauteng was the last province to complete counting, and was hotly contested by the ANC, the Democratic Alliance (DA) and new comers the Economic Freedom Fighters (EFF).

Julius Malema’s EFF garnered the third highest support with 10.30% (52 436 votes). The EFF has claimed that there was foul play in the Gauteng results. A complaint had been lodged with the Electoral Commission (IEC).

On Thursday, it called for an audit of the elections and votes in the province. “There are many incidents of lost ballots and ballots found in bins across Gauteng, and it appears that the IEC is colluding with the ANC to prevent the reality that the ANC might go below 50% in Gauteng,” EFF spokesperson Mbuyiseni Ndlozi said at the time.

The IEC is releasing the final results at 6pm on Saturday. Support for the Congress of the People, which had the third highest support in Gauteng in 2009, dwindled. The party mustered a mere 0.49% (21 652 votes) compared to the 7.78% support it had in the last election.