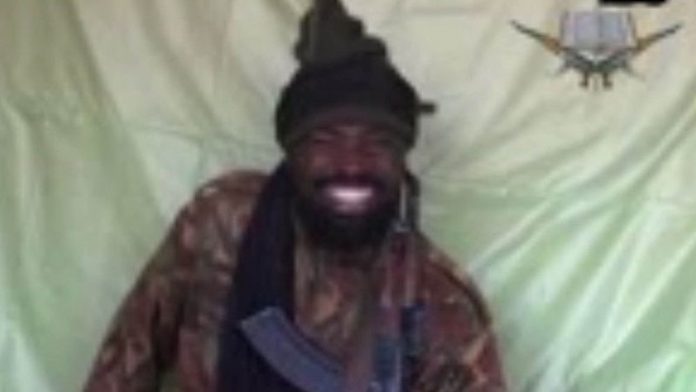 Nigeria on Monday rejected conditions set out by Boko Haram leader Abubakar Shekau for the release of more than 200 schoolgirls held hostage by the extremist Islamist group.

Asked if the government would reject the suggestion by Shekau in a new video that the girls may be released once Nigeria frees all militant prisoners, Interior Minister Abba Moro told Agence France-Presse (AFP): “Of course.”

“The issue in question is not about Boko Haram … giving conditions,” he said. Shekau made the claim in a video obtained by AFP on Monday claiming to show about 130 of the 276 girls abducted from their school in the remote north-eastern town of Chibok, in Borno state, on April 14. “We will never release them [the girls] until after you release our brethren,” he said.

The militant leader, who has made prisoner exchange demands before, said that some of the teenagers had converted from Christianity to Islam. The International Crisis Group said in a report published last month that Boko Haram had written an open letter in 2011 to the governor of northern Kano state, demanding the release of detainees.

Shekau repeated the demand in a video released last week claiming responsibility for the mass kidnapping that has sparked global condemnation and calls for action. Nigeria’s military has been accused of rounding up thousands of Boko Haram suspects, including women and children, and holding them in atrocious conditions that have been criticised by rights groups.

On March 14, Boko Haram fighters stormed the notorious Giwa military barracks in the state capital of Borno, Maiduguri, freeing hundreds of militants. Amnesty International, however, said on March 31 that there was “credible evidence” that more than 600 people, most of them unarmed recaptured detainees, were summarily killed in the military response. – AFP