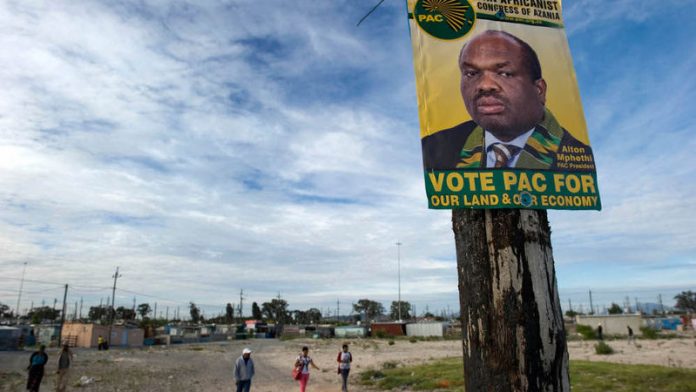 This election has been a resounding victory for the ANC. Despite the critique of a failed Jacob Zuma presidency, the masses voted ANC. This “liberation dividend” will continue for some time; it is likely to begin wearing out as more young people enter the electorate. The aura of liberation matters less to this group, and research shows they are more likely to vote for opposition parties.

At the same time, a large proportion of people are losing confidence in electoral politics. Some calculations indicate that soon the number of people who don’t register or don’t vote will outnumber those who vote ANC. Two-thirds of young people (18 to 19 years old) did not bother to register.

The left-wing parties, the Azanian People’s Organisation, the Pan Africanist Congress and the Workers and Socialist Party (Wasp) all failed dismally at the polls, with 0.11%, 0.21% and 0.05% respectively. It is true that Julius Malema’s Economic Freedom Fighters (EFF) gained more than a million votes, but Malema’s authoritarian populism is not a credible left-wing option; it is a rogues’ gallery, trying to exploit popular anger for its own ends.

The failure of the left-wing parties in this election, as well as Ronnie Kasrils’s campaign for people either to spoil their votes or to give them to smaller left-wing parties, indicates that the left is out of touch with popular struggles and popular sentiment. A party such as Wasp or a campaign such as Kasrils’s may attract a lot of media attention and be talked up by the left on social media, but the election results show these initiatives were irrelevant.

The left wing needs to take a long, hard look at itself and ask itself why it remains irrelevant to the electoral process. In a country with such a high rate of protests and strikes the failure of the left to connect with popular anger is striking.

Many argue that hope for a credible left-wing project lies with the National Union of Metalworkers of South Africa (Numsa) and its plan to form a united front that will link workplace and community struggles in a broad civil-society formation that could become a political party in time for the 2019 election.

But we should not be naive about this. Initiatives such as Wasp and the Democratic Left Front have failed completely; building support for a left-wing project is not simply a matter of having the right line on the need for socialism.

Autonomous local struggles can be important vehicles for people’s aspirations, but they cannot achieve systemic social change. That requires the capture of the state.

Abahlali baseMjondolo, the shack-dwellers’ movement in Durban, has waged a brave struggle for almost a decade, winning some important victories. It has also become well known for its internal democracy, something that is not typical of left organisations.

Just before the elections, Abahlali stunned the left by announcing that it would support the Democratic Alliance in this election. The movement made it clear that this was a tactical vote. It had previously boycotted elections, so the recognition that state power must be contested was a step forward.

It is understandable that serious repression drove Abahlali members to seek powerful allies. They didn’t want to support the EFF: corruption and democracy are key concerns for them. And they didn’t see any point in supporting small left-wing parties or the Kasrils campaign.

But there were at least two progressive options. The organisation could have run its own candidates in KwaZulu-Natal, where it has enough support to have won a few provincial seats. It could also have approached Numsa and agreed to work together towards fielding a left party in 2019.

All in all, the 2014 election has been a bitter disappointment for the left.

Imraan Buccus is a research fellow in the school of social sciences at the University of KwaZulu-Natal and the academic director of the political transformation course.