What the World Cup can do for Brazil 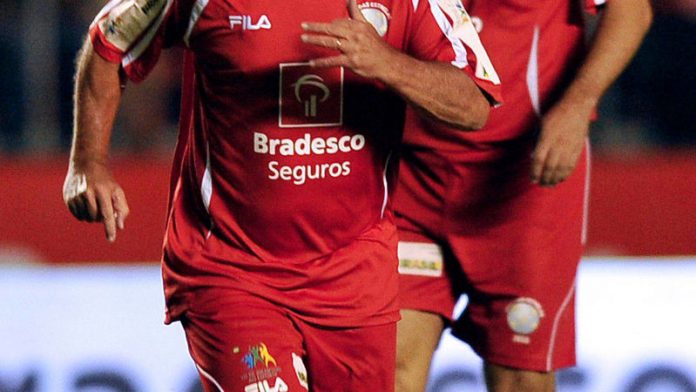 Five World Cup titles over five decades have left Brazil with a wide selection of champions of all sizes, ages and colours, who understandably squeeze out trophyless legends from ceremonial roles regarding the country”s second hosting of the tournament. But Arthur Antunes Coimbra is not complaining. The veteran of three unsuccessful Seleção campaigns, he nevertheless is getting enough attention to make any of his more garlanded colleagues jealous.

Zico, however, refused a place on the organising committee after his experience as leading man of Brazil’s ill-fated bid to host to the 2006 tournament, which was curtailed by a voting deal with South Africa with the connivance of the Brazilian FA’s president, Ricardo Teixeira, and without Zico’s knowledge. “While the team and I were touring the globe trying to amass support for the bid, the president decided to pull the bloody plug and do some horse-trading with South Africa without giving us the courtesy of a heads-up. We never spoke again after that,” says Zico.

The reason why he decides to start our conversation by revisiting one of his less treasured memories is simple. Although Teixeira has been instrumental in securing the tournament’s return to Brazil for the first time in 64 years, Zico does not let a grudge affect his support for the project.

Unlike fellow legends such as Romário – who went from World Cup poster boy to one of its most vocal critics – the 61-year-old still believes his country deserves the opportunity. “For its history in the game, Brazil was overdue a second World Cup. In 1950, when it took place here, the country was by no means what it represents in football today, so it was about time the tournament came back here. Regardless of my problems with Teixeira, I never spoke against it. On the contrary, I always had support for having a modern World Cup in Brazil.”

Which doesn’t mean Zico has no problems with how Brazil is staging Fifa’s flagship competition. Apart from obvious disapproval regarding delays and spiralling costs – a recent report estimates that stadium construction and upgrade costs have jumped 300% since Brazil was awarded the World Cup in October 2007 – the man who served as the country’s first government sports tsar in the early 1990s rues what he sees as project failures.

Missed opportunity
“We should not have left things until the last minute because this is also the reason why the new stadiums, which Brazilian football badly needed, are costing much more than the organising committee announced. The people also expected the urban development works to be ready on time too, which is not going to happen. It’s a huge missed opportunity and people got angry.”

Nonetheless, in analysing the violent protests that marred last year’s Confederations Cup and threaten to be as regular an occurrence as scenes of supporters wearing silly hats during the tournament, Zico believes some of those opposing it are guilty of opportunism.

“I would like to see people protesting every day instead of simply during the World Cup. Because the fact is that the competition is happening and all of a sudden I don’t see the same joy around as in previous tournaments, where people decorated the streets with bunting and everything. We need to make this tournament special for the right reasons, because Brazil has a duty to deliver the World Cup. I am not against protesting but perhaps it is time for a truce.”

Zico reckons that truce would be more easily negotiated if the Seleção was not so much a virtual team for many Brazilians these days. Although the storied 1982 World Cup side in which he was the leading light had only two players (Falcão and Dirceu) based abroad, the class of 2014 is not only dominated by expats (Luiz Felipe Scolari’s 23-man squad has only four “domestic” players) but also contains a number of regulars – David Luiz, Dani Alves, Marcelo, Luiz Gustavo, Hulk – who developed their talent abroad and never featured regularly for Brazilian clubs.

Added to the fact that Brazil play the bulk of their friendlies abroad in order to avoid bickering with European clubs – creating handsome paydays for the Confederação Brasileira de Futebol in the process – and you get what Zico calls a lack of familiarity between team and public. “A lot of people talk about what the 1982 team did on the pitch but that side was so dear to Brazilian fans also because it featured players that supporters would see in flesh and bone on a regular basis, either at games or even on the streets. Now they basically only see the Seleção on the TV.”

Painful memories
Unlike some former Seleção favourites, he is not overly pessimistic about Brazil’s chances of a sixth trophy and the chance at least to dilute the painful memories of the 1950 loss to Uruguay at the same Maracaña stadium that will host the 2014 final.

“Scolari’s Brazil is a team that is very strong collectively; they put opponents under pressure. They go for the jugular from the start and try to get an early goal instead of waiting to counterattack. That helps with the supporters, who appreciate the boldness. My biggest worry is that this is a group where 17 out of 23 players have never played in a World Cup and two-thirds of our likely starting XI haven’t even taken part in a qualifying campaign. That cannot be replaced by Champions League games, I’m afraid. But these are good players who as a group have become very tough to beat.”

Much has been said about how the draw could force a meeting between Brazil and Spain in the first knockout game but Zico scoffs at such fears. “You can’t win the World Cup without playing the big boys. Indeed, the draw has pitfalls, but you have to remember the European countries will have to handle the experience of playing in South America. Brazil have shown composure and the players understood the responsibility that comes with playing a World Cup at home.”

The fourth-highest scorer in Seleção history (with 52 goals in 72 games) does not believe that the totem of the 2014 generation will be more anxious than his peers. “Neymar is in a different situation than Lionel Messi. Messi has Argentina’s team built around him while the Seleção is not as dependent on Neymar. Neymar will be instrumental if Brazil want to go far and he has not had any serious injuries. People say that all the controversy around his transfer has affected him but I see a simple case of Neymar having to adapt to a change of country and a move to a club [Barcelona] where the manager [Gerardo Martino] sometimes insists on playing him out of position.”

Speaking of Messi, Zico sees Argentina as the biggest danger. “They found a way to get the best of Messi and they have an absurd amount of attacking players. Their group is not difficult [Bosnia and Herzegovina, Iran and Nigeria] and they will travel much less than other teams.”

He also thinks Spain and Germany are obvious contenders, warns about Italy’s resurgence and predicts a few shocks. “The South American sides will cause some surprises. I think Chile might well qualify ahead of Holland in Group B and Uruguay gave Brazil a scare in the Confederations Cup.” – © Guardian News & Media