Mugabe at odds with new Libya 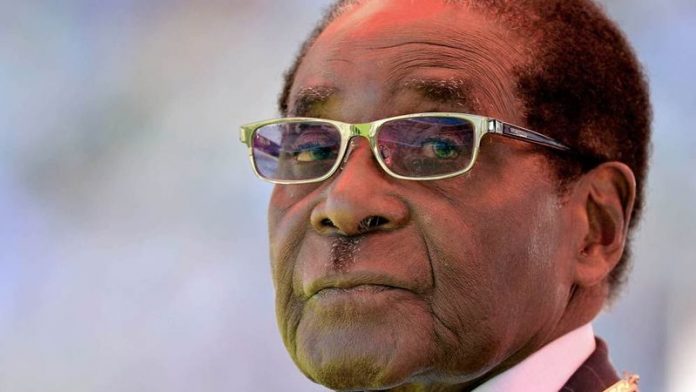 A Libyan national has relinquished his board position at banking group CBZ Holdings, triggering speculation that this is a culmination of souring relations between President Robert Mugabe’s government and Libyan administrators who ousted Mugabe’s long-time friend Muammar Gaddafi.

The government is the largest shareholder in CBZ. CBZ Holdings announced recently that Mohamed Ibrahim Omar Ben Ghali, who represented Libya’s interests in the banking group held through Libya Foreign Bank (LFB), had retired. LFB is a Libyan government investment vehicle. The bank is 100% owned by the Central Bank of Libya, owned by the Libyan government.

LFB had appointed two representatives to the CBZ board. Another representative of the Libyans, Foud Dernawi, still sits on the board. There was no nomination to replace Ghali.

Ghali and Dernawi could not be reached for comment.

The CBZ Bank, which has grown into a diversified financial services group now controlled through CBZ Holdings, was founded when the state took over the defunct Bank of Credit and Commerce in 1991. The state assumed 100% ownership of the bank. Following privatisation and its subsequent listing on the Zimbabwe Stock Exchange in 1998, the bank made a rights issue as part of its recapitalisation programme that resulted in the dilution of state ownership.

Initially the government, which still remains the majority shareholder with a 16.06% stake, had a 21% shareholding in the banking group, with LFB controlling 19%. LFB now holds a 14% stake, according to the latest CBZ shareholder information. The 14% still entitles Libyans to at least two board appointments.

Board seat
The Libyans’ stake in CBZ is valued at just more than $14-million. But CBZ Holdings secretary Rumbidzayi Jakanani said the Libyans were entitled to only one board seat.

Jakanani said LFB’s shareholding entitled them to just “one board representative so his [Ghali’s] retirement regularised that position”.

“The Libyan Foreign Bank is represented by Mr Foud Dernawi and he sits on the board of directors as a non-independent nonexecutive director.”

Jakanani said they had a shareholder agreement with the Libyans, who have not indicated an interest to sell.

Ghali and Dernawi were appointed in 2009, before the uprising that toppled Gaddafi.

Asked whether the board members need the approval of the Libyan government to attend meetings, Jakanani said: “The board meets quarterly each year and the representative attends all meetings. In the event they can’t attend, they send apologies.”

CBZ Bank was meant to relinquish that role in March on condition that the state recapitalised the central bank and successfully established an interbank market. But this is yet to happen.

An analyst said the Libyans’ representation on the CBZ Holdings’ board may have become ceremonial “since they would not come to represent the interests of a government Zanu-PF has refused to acknowledge”.

Mugabe’s government kicked out Libya’s ambassador to Zimbabwe in 2011 after he took sides with the National Transitional Council that ousted Gaddafi.

Expelled Libyan ambassador Taher el-Magrahi left Zimbabwe by car to neighbouring Botswana after the government gave him a 72-hour deadline for departure.

Libyans in Zimbabwe had gathered at the embassy to celebrate the ousting of Gaddafi. The Libyan embassy has been closed ever since.

Speaking at his party’s annual conference in the year Gaddafi was toppled, Mugabe said there were no significant Libyan investments in Zimbabwe – except for four camels.

Gaddafi is thought to have made significant investments in the country, some of which only came to light through a court case in which it was revealed that Libya had, through a company called Crieff Investments – which later changed to Aldawlia Investments – bought 12 haulage trucks and properties.

Under Gaddafi, the Libyans had also allegedly bought first lady Grace Mugabe’s Borrowdale property, then known as Graceland, for $5-million in 2002.

Libya also once held a 14% stake in Zimbabwe’s second largest hotels group Rainbow Tourism Group, but its equity has been reduced after it failed to follow its rights in capital-raising initiatives. The Libyans now hold a little more than 3% of the group. Libya is also thought to have received vast tracts of land under Zimbabwe’s land reform programme as compensation for a $360-million oil-for-land deal struck between the two countries during Zimbabwe’s economic crisis.

Soon after his expulsion from Zimbabwe, El-Magrahi said the search for Libyan investments around the world would cover Zimbabwe.

“I am aware that Zimbabwe is one of the countries where Gaddafi was making some investments. Our government is interested in finding out what happened to the investments, and the investigators will be coming there for a briefing on those matters,” al-Megrahi said.

Joey Bimha, permanent secretary with the ministry of foreign affairs, said Zimbabwe would co-operate with Tripoli in identifying Libya’s assets in Zimbabwe, but so far no such request had been made.