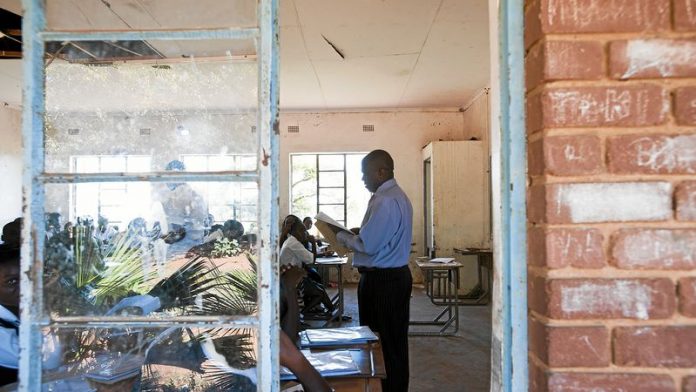 Michael Rice and Mary Debrick’s recent article is one of several that underscore the importance of teacher education in South Africa, not only to create a sustainable economy but also in support of the state’s commitment to a transformed society in which nonracism and nonsexism are cornerstones (“How should teachers be taught?“, Mail & Guardian, March 28).

The problems in teacher education need to be considered in relation to both this broad transformation project and the evidence of progress in the quality of curricula offered in post-1994 higher education institutions.

To focus only on the quality of teaching in schools, when qualifications frameworks and requirements have changed every five or so years after 1994, is problematic. Many teachers in the system are graduates from institutions that no longer exist – ones that offered qualifications and curricula whose content, delivery and design changed after 1994.

Transformation
Teacher education has undergone two main cycles of profound transformation of the curriculum since 1994.

The first cycle started in 1995 and culminated in the National Qualifications Framework Act in 2008 – that is, this cycle entailed the original qualifications framework, which saw the introduction of national diplomas and advanced certificates for teacher training, with the ostensible goal of raising in-service teachers’ qualifications levels.

Associated with this first cycle were the mergers or closures of many teacher education colleges, or their incorporation into universities.

The overall aim of this cycle was to provide a measure of standardisation and to bring together more closely the academy and the teaching profession, precisely in recognition of the need for the latter better to inform the development of the former. The worrisomely disparate quality of qualifications issued prior to 1994 was a primary motivation for this first cycle.

Far-reaching aspirations
The second cycle commenced a year ago with the promulgation of the revised Higher Education Qualifications Sub-Framework, in which a series of new qualifications in teacher education were legislated. With the Integrated Strategic Planning Framework for Teacher Education and Development (2011), the revised sub-framework has far-reaching aspirations – namely, to enhance the quality of teaching and to enable a deepening of the profession through the creation of a range of professionally oriented degrees (at master’s and doctoral levels).

These developments are echoed in the emphasis on the mastery of teaching evident also in initiatives from the South African Council for Educators (Sace) concerning in-service, continuous, professional development.

In other words, from statutory, professional council, higher education and state department perspectives, the frameworks are in place to create an enabled and enhanced environment to support and extend teacher professional development in South Africa – so this is hardly a state of disorganisation.

In the first and second cycles, the government has been motivated precisely by the enhancement of quality in teacher education in South Africa. The outcomes of the first cycle of transformation have been largely successful.

An analysis of departmental reports of the qualifications of teachers shows that the vast majority of teachers meet the requirements for teaching in terms of qualification standards (benchmarked and properly assessed).

Worrying gap
But a gap in the first cycle, which universities and the profession identified, concerned the impact of higher certificates on teachers’ knowledge and methodologies in the classroom.

Many teachers, under pressure to obtain higher certification after 1994, pursued this quest not in the area of their subject knowledge, but rather in new areas of the curriculum (such as maths literacy and life orientation) or with promotion opportunities in mind.

What was (and is) needed in the classroom is not higher diplomas in personnel management or education leadership, except for principals and heads of departments perhaps, but more rigorous content knowledge in the school subjects themselves –maths, sciences and languages being the most critical of these. The state has placed it directly in the hands of universities to address, with the support of the government and the enactment of the Higher Education Qualifications Sub-Framework.

The quality of teaching is problematic – but stakeholders across the education sector know this and moves to address it are, for the most part, well co-ordinated and communicated.

In four areas particularly, teacher education since 1994 has been both organised and quality-driven.

Outside working hours
First, in-service teacher education, regulated by Sace, is part of teacher development and involves continuous professional development points that occur outside teachers’ working hours, as happens in other registered professions, such as health. There is no evidence to suggest, as Rice and Debrick do, that these obligations are more “burdensome” to teachers. Whether training occurs in holidays or over weekends is not relevant; they undertake their developmental requirements over and above their working requirements.

Claims made that teachers do not approach the need for continuous development positively are similarly spurious. All universities that offer short learning programmes, in addition to qualifications, test and survey their participants to determine whether the content meets the requirements of Sace, and whether that same content is relevant and useful in the classroom.

The Education Deans’ Forum and Sace have an established working committee tasked with oversight of the articulation of professional development points with short learning programmes or courses.

Second, concerns with the development of teachers ought not to be confused with “disarray” in the education system itself.

There is no lack of direction, vision and analysis. The government’s national education departments and universities are well positioned to offer all three: on the basis of “big data” reports and large-scale studies. Due recognition should be given to the fact that most of the teachers in our system were trained prior to 1994; new graduates entering the system after this are very much in the minority.

Assuring quality
Since 1994, with the oversight of the Council on Higher Education and the department of higher education and training, there have been ways of assuring the quality of graduates uniformly in a system that was designed previously to differentiate on the basis of categories (class, race, gender) that ought not affect any definition of quality teacher education.

If quality was to be measured by so-called “historically white institutions” prior to 1994, then the fact that even our best schools perform in the lowest categories of various international assessment suggests that even the “best” teachers in the best schools in South Africa are some way from reaching international standards as regards excellence. There are few areas where complacency is merited in education in South Africa.

Third, claims have been made that teacher education programmes focus on an uncritical regard for know-ledge, and that the levels of know-ledge provided to teachers in in-service programmes is of questionable standards.

But universities offering contact and open and distance learning programmes are required to have these internationally assessed within stipulated quality assurance cycles.

No evidence
Given the huge education task facing universities and government, the revisions to curricula and the emphasis on bringing standardisation to national and teacher education curricula ought not to be seen as evidence of misguided intention.

The changes to qualifications frameworks and to the requirements for teachers can be seen as evidence of a readiness by universities and government to engage in critical scrutiny of “progress”.

Finally, what exactly is the “state of teacher education” in South Africa? Most recent reports from the higher education and training department suggest that the shortage of teachers will become a thing of the past within the next four years.

Bureaucratic processes also now enable a much more accurate “fit” between the supply of teachers emerging from the universities and the needs of the system. Districts, regions and provinces liaise with universities on shortages through, for example, provincial teacher education co-ordination committees and funding mechanisms, especially the National Student Financial Aid Scheme and the Funza Lushaka teacher bursaries programme.

Teachers entering the system, and the vast community of teachers and adults with children graduating from that system, ought to feel a degree of cautious optimism because, although education is still a work in progress, the progress made is measurable, even if frustratingly modest.