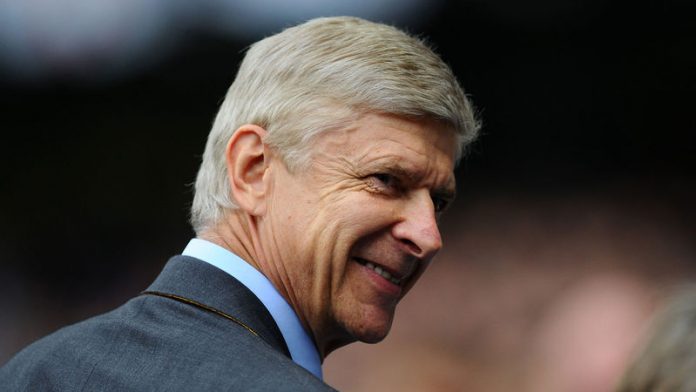 Despite winning eight major trophies including three Premier League titles, during his long reign at the club, the Frenchman ranks their 3-2 FA Cup final win over Hull to end a nine-year trophy drought as their most important success.

An Aaron Ramsey goal in extra time capped an amazing comeback for Arsenal, who found themselves two goals down after eight minutes, and ensured the club’s name was etched on the trophy for the 11th time, equalling Manchester United’s all-time record.

“It was more important today than all the others,” said Wenger, who became the joint most successful manger in the history of the competition alongside former Manchester United boss Alex Ferguson. “Twice we did the double [1998 and 2002], we had already won [a trophy] so we were not under the pressure we were today … I’ve won it now five times, it’s not too bad. I’m in good company [with Ferguson].”

Santi Cazorla and Laurent Koscienlny scored either side of the interval to take the game into extra time, where Ramsey struck the winner with 11 minutes left.

Wenger, whose last trophy was their FA Cup final win over Manchester United on penalties in 2005, hailed his side’s “special spirit” after falling behind.

‘The Premier League is very tough’
Despite a strong start to the Premier League season and spending more time than any other club at the top of the table, Arsenal’s title challenge faded and the team finished fourth.

“To lose [on Saturday] would have been a major setback. To win is a good platform to come back stronger next year,” Wenger added. “The Premier League is very tough. You look at the top four this year and you have no Manchester United, no Everton, no Tottenham Hotspur … All these clubs have invested a huge amount of money, and the club that won the league have invested an incredible amount of money so it’s difficult to beat them, but we’ll try.”

The Frenchman’s contract at the club expires in the close-season, but he has repeatedly assured both the club and their supporters that he would sign a new deal after the final, regardless of the result.

Wenger, the longest serving manager in the Premier League, was asked again if he would sign a new deal.

“That normally should happen, yes,” he responded. “And we’re in very normal circumstances now.”