Freak out: why African Bank’s record loss has left the market unphased 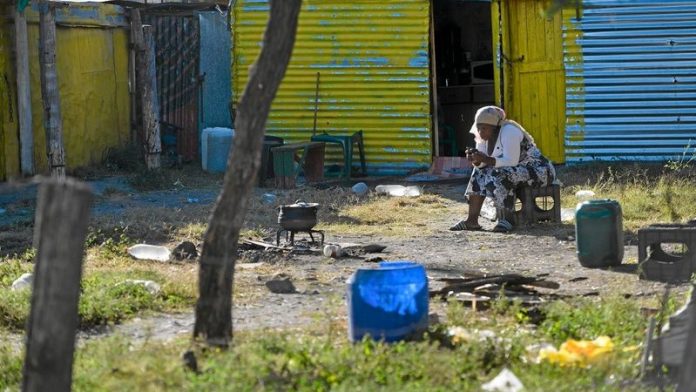 African Bank Investments, which reported a record first-half loss, is finding buyers for its debt among investors betting the South African lender’s fortunes will improve as the economy rebounds.

Yields on African Bank’s Swiss franc note due October 2017 fell 16 basis points to 4.36% since the Johannesburg-based lender said on May 2 it expected a first-half loss. The bank on Monday reported a loss of R4.38-billion for the six months through March. The premium investors demand to hold the notes over benchmark bonds dropped during the period.

Rising bad loans and losses from African Bank’s furniture unit consumed some of the R5.5-billion the company, the nation’s biggest provider of unsecured credit, raised in a December rights issue. While the shares slumped by 28% since May 2, some of the investors holding about R28-billion of the bank’s debt said the business should recover.

“It’s a business that has value through the credit cycle,” Simon Howie, head of South African and African credit at Cape Town-based Investec Asset Management, which owns the bank’s debt, said by phone on May 15. While the first-half results aren’t great, African Bank has enough cash and its losses are “accounting numbers,” he said.

Increasing provisions
African Bank charges low-income consumers interest rates of as much as 31% for credit that isn’t backed by assets. About R3.1-billion of its first-half loss came after the lender boosted bad-debt provisions as customers struggled to repay loans.

Almost half the nation’s estimated 21-million borrowers had impaired credit records at the end of December as economic growth slowed to a four-year low in 2013. Strikes in the platinum-mining industry and a jobless rate of 25.2% are making it harder for some clients to service debt.

While the company’s response to the challenges is beginning to produce the “desired results,” it is only at the “beginning of a turnaround,” African Bank said in Monday’s statement.

“I’d rather support African Bank than withdraw,” Bruce Stewart, head of debt origination at Nedbank Capital in Johannesburg, said by phone on May 15. “It’s at times like these when you’ve got to stand together.”

Tipping point
While bond yields improved, African Bank shares have dropped 43% in the past 12 months, making it the third-worst performing stock on the 166-member FTSE/JSE All Share Index.

“Some investors would say so far and no further with African Bank”, Conrad Wood, who helps oversee the equivalent of $8.2-billion in fixed-income investments at Momentum Asset Management in Johannesburg, said by phone.

African Bank still plans to sell its Ellerine retail unit, which is a drag on capital, chief executive Leon Kirkinis, 54, said in a presentation in Johannesburg on Monday.

New business volumes won’t grow “significantly” over the next two years after the lender reduced the maximum term for a loan to 60 months from 84 months, the bank said today.

“We continue to believe in the long-term viability of the business,” Greg Saffy, an analyst at RMB Morgan Stanley, said in a May 6 note to clients. About 70% of South Africans rely on unsecured credit as their main source of borrowing, said Saffy, who expects African Bank’s earnings to recover in 2016.

Wood said he will keep supporting the company.

Should enough bondholders stop buying, “then you create a liquidity squeeze and you shoot yourself in the foot,” said Wood. “You don’t want to be the trigger.” – Bloomberg

​How to invest offshore

Offshore investments should be approached with great responsibility

The future must change for women