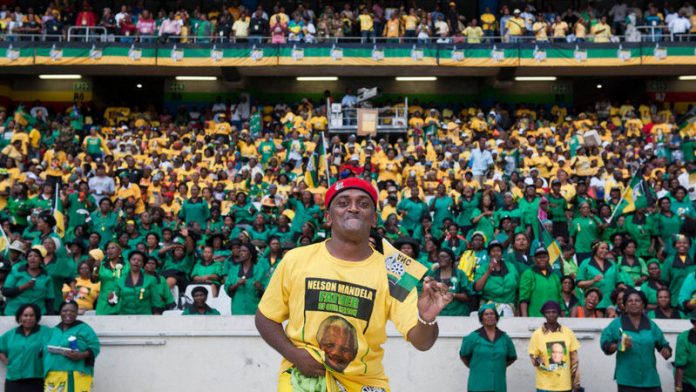 ANC Women’s League president Angie Motshekga wants guidelines to prevent provinces abusing their newfound freedom to choose their premiers, which resulted in a low number of women candidates for these positions.

A marathon meeting of the ANC national executive committee (NEC) on Monday saw the party appoint just one woman premier in the eight provinces where it governs – Sylvia Lucas in the Northern Cape – down from four in 2009.

“We are quite disappointed that the provinces preferred male candidates,” Motshekga told the Mail & Guardian. “It made it difficult for the [national] ANC to move.”

During the ANC’s watershed national conference in Polokwane in 2007, at which Jacob Zuma toppled Thabo Mbeki as ANC president, the ANC took a resolution to let the party in each province put forward three candidates for premier, from which the NEC would choose. The resolution was aimed at strengthening the internal democracy of the ANC, which appears to have worked, as the provincial leaders stood their ground this week and insisted on abiding by the resolution, even if their premier choices did not suit Zuma.

But a casualty has been the number of women as premiers. The ANC boasts a proud record in gender parity in public representation and to lose the balance among its premiers is a blow for the party.

‘Strange outcome’
ANC deputy secretary general Jessie Duarte spoke out about the shift after the meeting, telling reporters it was “a strange outcome that is not an acceptable one”.

Motshekga said that guidelines were supposed to have been put in place to guide the new process but that it was never done. She said the party would have to do so at its next national general conference (NGC) next year, before the next appointment of premiers after the 2019 elections.

“At the next NGC, the ANC will have to manage the process quite differently,” she said. “Guidelines must be laid out at the next NGC.”

Duarte agreed. “We [the NEC] were really concerned with the male domination of nominations and … we agreed that going forward to the next national general council of the ANC, we might have to review the nomination regulations and fine-tune them to ensure the selection process has outcomes that guarantee our policy of gender parity.”

Angie Motshekga says new guidelines must be established for the selection of premiers. (David Harrison, M&G)

Political commentator and gender activist Sisonke Msimang said the fact that the women’s league didn’t see this coming was testament to its weakness.

“The old women’s league would have been hyper-vigilant about this sort of thing,” Msimang said. “They would have seen that loophole and a strong caucus of women would have pushed for the democratisation of provinces, but at the same time ensured guidelines were in place so this would not be a step backwards in terms of gender.”

Diminishing strength
Msimang said the league’s strength had been diminished gradually over the year, losing strong leaders to the state and the private sector, and now it reflected the general ill-health of the rest of the ANC.

“Many good people in the ANC are so caught up in factional fighting and defending their turf, they don’t really have time to defend the broader ideals of the party,” Msimang said.

Motshekga said the blip in its record does not mean that the party is turning its back on the fight for gender equality.

“The mere fact that the ANC spent the whole day discussing this factor shows how serious the ANC is about gender,” she said.

But gender activist Lisa Vetten said that there are worrying signs from the ruling party.

“If you add to that the suggestion that has been floated of incorporating the department of women, children and people with disabilities [DWCPD] into the department of social development [DSD], it starts to look like a rather worrying degrading of the political relevance of political equality,” she said.

“The DWCPD has not been a success, but to put it in DSD is an absolute downgrade. The DSD has no capacity to monitor what government departments are doing in terms of gender and other rights. It also says the questions of rights are essentially a question of welfare.

“If you add these together, it’s not a good start.”

Western Cape criticism
The only DA-led province, the Western Cape, elected Helen Zille again as premier. But she has come under fire for barely making a dent as far as gender is concerned in her provincial Cabinet. She was criticised in 2009 for appointing no women MECs. This time around she appointed two out of 10.

But the premier’s office dismissed the criticism. Her spokesperson, Michael Mpofu, said the appointment of MECs who have proven their worth and delivered on their mandates justifies the premier’s choices, all of which were based on merit.

Msimang said it is important to have women in positions of power not just to advance other women but also to show that it is possible for women to hold those positions.

“There’s this old joke: a child was born in the era of Margaret Thatcher. When John Major took over as prime minister of England, she said: ‘I didn’t know men could be prime minister!’

“It’s important for women to be in power to build a generation of kids who see that either [scenario] is normal.”