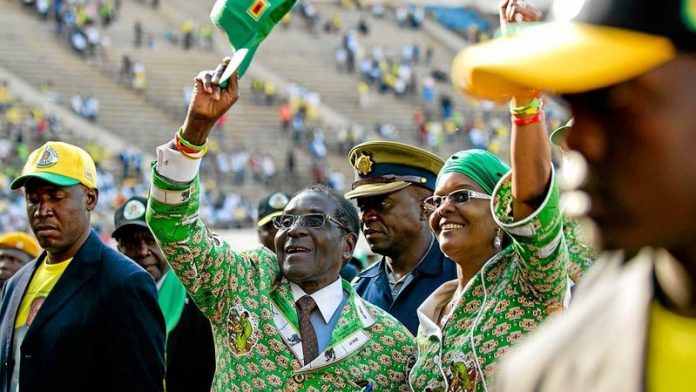 The Mail & Guardian’s six-year legal quest to gain access to the confidential Khampepe report into the disputed 2002 presidential elections in Zimbabwe has taken yet another extraordinary turn.

The report inexplicably went missing from the chambers of Pretoria high court judge Joseph Raulinga in February this year, in circumstances he suggested at the time were suspicious.

In a further twist, the presidency’s original copy has now resurfaced, according to his registrar, Louisa Mangwagape.

The report contains the findings of South African justices Sisi Khampepe and Dikgang Moseneke, who were sent to Zimbabwe by then-president Thabo Mbeki to observe the elections.

Following the disappearance of the report, Khampepe confirmed she had an original copy and would hand it over if so directed by the Supreme Court of Appeal, where the matter is now headed.

The lengthy court wrangle started in 2008 after the M&G filed a Promotion of Access to Information request to have the report released.

The request was refused and the case has over the years proceeded through the courts, with the Constitutional Court ultimately ruling that the case should be referred back to the high court for Raulinga to take “a judicial peek”.

In February last year, Raulinga ordered President Jacob Zuma and the presidency to hand over the report to the M&G within 10 days. An appeal by the presidency against Raulinga’s judgment is expected to be heard in the Supreme Court of Appeal in the second half of this year.

The lengthy saga came to a head when Raulinga revealed that the Khampepe report had gone “missing”, and disclosed that Rakoatsi had made several unsolicited and unsuccessful attempts to retrieve the report from his custody, in his absence.

In a letter to the appeal court, Rakoatsi rejected any insinuation that he had knowledge of where the report was, or that he had a hand in its disappearance.

On Monday, Raulinga’s office advised the M&G’s lawyers, Dario Milo and Ben Winks of Webber Wentzel, that the report had recently “resurfaced”.

No further details of what transpired have yet been made available.

In an attempt to assure the report’s safe passage, Milo and Winks wrote to Raulinga: “We write to reiterate the request we made before we were aware that the report had gone missing, namely that the report be transmitted under seal to the Supreme Court of Appeal for the purposes of the pending appeal.”

Mbeki misunderstands our culture of accountability

Mbeki: We owe no one an apology

Can Khampepe change how elections are monitored?