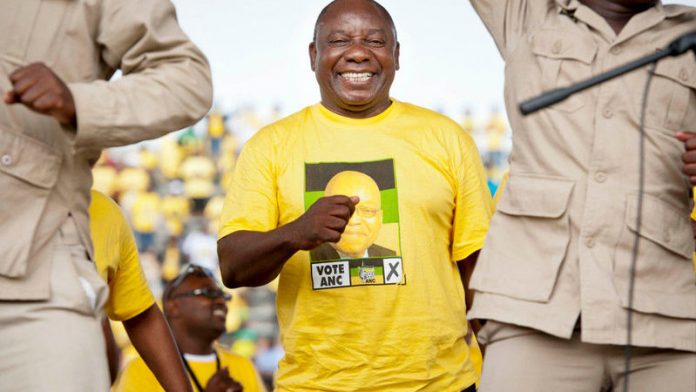 Deputy President Cyril Ramaphosa has announced that he will disinvest from Shanduka Group to focus his energies on helping President Jacob Zuma run the country. Zuma chose Ramaphosa, his deputy president in the ANC, to also become his second-in-command at the Union Buildings.

“Shanduka’s majority shareholders have entered into an agreement that will, among other things, result in my complete divestment from the group. In the interim, my family’s interests will be held in blind trusts,” Ramaphosa said in a statement issued on his behalf by the presidency on Monday.

Ramaphosa said by pulling out of Shanduka, he was being true to the promise he made soon after being elected ANC deputy president in December 2012 – that he would review his business interests “to remove the potential for any conflict of interest and enable me to effectively perform the functions of my position”.

“In the course of the next few weeks, I will take any further practical steps necessary to ensure that I comply with requirements of the Executive Ethics Code and uphold the integrity of my office,” he said.

‘Ultimately have to divest’
Ramaphosa will, however, continue to be involved in the Shanduka Foundation, which he said was a non-profit organisation working in the areas of school development, skills development as well as enterprise development. “Over the course of the last 17 months, I have stepped down from the boards of several companies on which I served and resigned as Shanduka Group executive chairperson,” said Ramaphosa.

Last year, Ramaphosa stepped down from the boards of paper maker Mondi and platinum producer Lonmin. He also resigned as a board member for the Standard Bank Group and the MTN group. In January this year Shanduka’s new chairperson James Motlatsi told Bloomberg that Ramaphosa would “ultimately have to divest”, including selling his 29.6% stake in the company.

“Cyril has left already and he will no longer play a leading role within this company,” Motlatsi said in the Bloomberg interview.

Ramaphosa founded Shanduka in 2001 and the company is worth over R8-billion, while his own stake is estimated at R2.6-billion. Shanduka is 25% owned by China’s sovereign wealth fund.

‘Relieved’ to hear from police on sexual assault allegation, Godongwana will continue to do his job