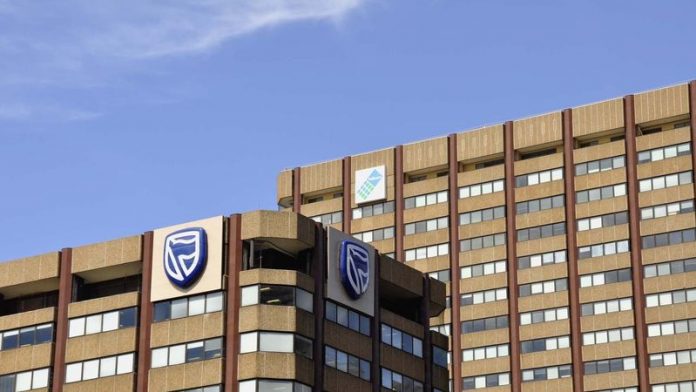 We view transformation as the right thing to do for the socio-economic stability of our country and the long-term success and sustainability of our business,” says Francois Kuttel, chief executive of Oceana Group.

Oceana, South Africa’s largest fishing group listed on the Johannesburg and Namibian stock exchanges, is number one in this year’s M&G Most Empowered Companies ranking.

From ranking 17th on the empowerment list in 2011 to second last year, the group tops the chart this year with an impressive total broad-based black economic empowerment (BBBEE) score of 95.17%, up from 93.98% previously.

Oceana overtakes last year’s overall top scorer Nedbank, which is in fifth position with a B-BBEE score of 91.21%. While this year’s top six most empowered companies — Oceana Group, Old Mutual, Standard Bank of South Africa, Adcorp Holdings, Nedbank, and Tsogo Sun Holdings — welcome and concur with the government’s intention to strengthen the pace of transformation through the revised BBBEE codes, concerns abound about the impact they will have.

The new codes were made public late last year and will ensure a drop in the current BBBEE levels of many empowered companies due to the changes in the thresholds. There’s also uncertainty about whether the “once empowered, always empowered” principle will continue to apply. That said, the performance and attitude of this year’s most empowered companies indicates that they are up for the challenge.

“The release of the codes symbolise a new beginning in the re-orientation of the transformation policy to address the issue of fronting and focus more on productive BBBEE and the growth of black entrepreneurs,” says Mike Brown, chief executive of Nedbank.

“Although there are significant changes that will imply a drop in our current levels, Nedbank remains committed to transformation and will participate in an industry realignment process through the Banking Association of South Africa (BASA) and the Financial Sector Charter Council,” he says, adding that the BBBEE scorecard is only one measure of transformation and that Nedbank needs to continue to transform to remain relevant.

Oceana’s sterling performance comes as no surprise to those familiar with the company. In addition to maintaining maximum scores in ownership, enterprise development and socio-economic development for the third consecutive year, the majority (54.9%) black-owned company, based in Cape Town, has upped the ante in other key areas.

“In 2013, we placed significant focus on those areas where we did not achieve maximum points previously, which were management control, skills development and preferential procurement,” says Kuttel.

As such, during the year under review, Oceana increased its black representation at board and executive level from 54.6% in 2012 to 63.6% with the appointment of Imraan Soomra as group financial director. The company also increased its expenditure with BBBEE suppliers from R1.1-billion to R1.4-billion, pushing its preferential procurement score to 19.68.

It also invested R17.5-million (up from R13.3-million) in training its black employees, upping its skills development weighting to 14.51. The latter is the second-highest weighting on the list of 100 after Metrofile Holdings, which ranked 27th on the list of 100 entities with a total B-BEE score of 84.18%.

Like many companies, employment equity remains Oceana’s biggest challenge. In the company’s case this is due to the nature of skills needed in its sector. As such it has introduced an “Africanisation” programme that seeks to help it attract black African talent, particularly from outside its traditional borders, to increase black representation at all management levels.

Kuttel says it is important for Oceana’s long-term success that it meets the targets agreed upon with the department of labour.

“Maintaining our status as a black-owned and controlled fishing company and ensuring that we retain our highly credible empowerment credentials will ensure retention of our commercial fishing rights, thereby contributing towards Oceana’s overall long-term sustainability,” he says.

An old hand at transformation, 2013 was a particularly good year for Old Mutual, this year’s second Most Empowered Company with a total BBBEE score of 94.54%.

Up two spots from fourth position last year, Old Mutual received two accolades in 2013 in recognition of its empowerment efforts. In 2013 it became the first financial services company in the long-term insurance category to be awarded level 2 BBBEE status as measured by the new Financial Sector Code legislated in November 2012.

The company increased its skills spend to 3.05% of net profit, and for the first time since the introduction of the B-BBEE codes, performed exceedingly well in the preferential procurement category. It increased its spend with black women-owned vendors by 31% between 2011 and 2012.

Chief executive Marshall Rapiya says: “As a responsible business, we’re proud of maintaining this rating and our status as a leader in transformation. By procuring from black-owned and black-women-owned suppliers, for example, we see our role as promoting economic growth and job creation.”

In 2013, Old Mutual also invested at least R65-million in communities through its Old Mutual Foundation by focusing on education, enterprise development and skills capacity building as part of its socio-economic development efforts.

The company scored three out of five points in this category. The group also increased the effective voting rights in black ownership from 46.71% to 48.03%.

Acknowledging that the road ahead will not be easy for South African companies committed to transformation, Rapiya says Old Mutual nevertheless intends to continue to do better all the pillars of broad-based black economic transformation.

“The advancement of South Africa’s transformation agenda is predicated on a robust regulatory framework for equitable socio-economic inclusion of all South Africans.

Old Mutual therefore supports the government’s intention to raise the bar on transformation and to link the focus to key issues that the revised generic BBBEE Codes seek to address such as job creation, skills development and enterprise development,” he says.

For this year’s top six Most Empowered Companies, the key areas of improvement are management control, employment equity, preferential procurement and enterprise development. In the case of the banks, in accordance with the Financial Services Code, additional challenges are in the areas of empowerment financing and access to financial services.

“Our main challenge is the moving target of the codes and the desire of some gaming boards to make the achievement of a certain level a condition of the casino licences,” says Marcel von Aulock, chief executive of hospitality and gaming group Tsogo Sun Holdings, this year’s sixth-most empowered company with a weighting of 90.18%.

The gaming and hospitality group is the only one of its kind in the top 10 and displaces Sun International, which featured highly last year.

Von Aulock says Tsogo Sun cannot accept a licence condition that it cannot guarantee it will meet because the target can move outside of the company’s control, as it has with the transition to the new codes.

“That said, this is one of many regulatory challenges we deal with and as long as there is the ability to have a dialogue with the regulators we can manage most issues.”

He adds though that Tsogo Sun, which is 50.36% black-owned, will continue to promote empowerment “as a basic fundamental of our business regardless of what the codes try to force us to do”.

In 2013, the company performed well in the areas of preferential procurement (20 points), enterprise development (15 points), and socio-economic development (5 points). The business once again reaffirmed its BBBEE level 2 status.

Nedbank, which has made great strides towards addressing the imbalances of the past within the organisation with achievements such as 54% black representation on its board (24% of those being black women), lists the procurement of goods and services from black women-owned businesses as one of  its key challenges.

Another is the maturation of its BEE Eyethu transaction in 2015. The deal has a net value R6.7-billion and has paid out dividends of R747-million to date.

Brown says finding black-owned enterprises and especially black women-owned ones that provide input to and benefit from the core financial services value chain is a particular challenge.

“Most suppliers only operate in smaller categories or in areas that do not easily fit within our supply chain. A possible solution is to help grow women-owned companies to a size sufficient to play a more significant role in that chain. We’re already doing this with some of our partners such as Wiphold,” he says.

The ability to score on the new element of Access to Financial Services in the Financial Sector Code is another hurdle. Nedbank has a smaller footprint relative to its peers despite expanding its points of presence to service an additional 10 000 new areas and suburbs, particularly in peri-urban areas, in an effort to making banking more accessible since 2004.

Whatever happens in the build-up to next year’s empowerment ranking, there is little doubt that these companies will be aiming to feature highly once again.

Revised codes could be counterproductive