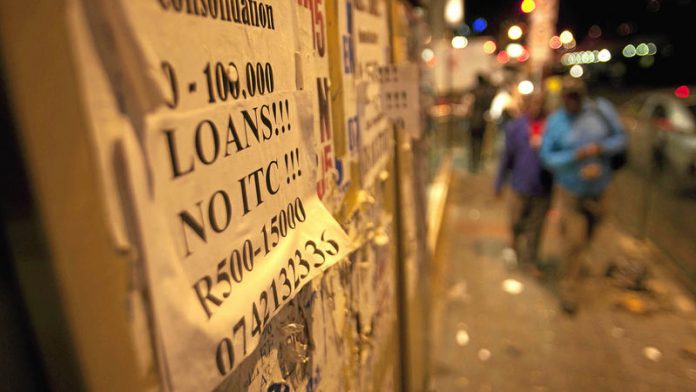 African Bank Investments, South Africa’s worst-performing stock in May, is pitting the country’s largest hedge fund against some of the nation’s biggest investors.

36ONE Asset Management, which oversees the equivalent of $1.1 billion, has shorted shares in South Africa’s largest unsecured loans-provider in a bet declines have further to run, according to Jean Pierre Verster, who helps oversee the Johannesburg-based company’s R4 billion ($384 million) hedge fund. The Public Investment Corporation, Coronation Fund Managers, Stanlib Asset Management and Momentum Asset Management are among shareholders boosting stakes this year as African Bank seeks to restore profit from a record fiscal first-half loss.

African Bank lost 25% of its market value this year as bad loans more than doubled in the first half, prompting it to cancel its dividend. The lender sold shares to investors in December to bolster its capital as South African unemployment of 25% and a shrinking economy left consumers struggling to pay debt. The stock is down 28% this month, the most among the 166-member FTSE/JSE Africa All Share Index.

“Management is part of the problem,” Verster said in an interview on May 22 in Johannesburg. “It is difficult for any team which had built up a business and put a strategy in place to change course. You can’t lend to people who can’t afford it anymore.”

‘Good chance’
African Bank chief executive officer Leon Kirkinis (54) plans to sell Ellerine, a furniture retailer the company bought in 2008, and has lowered the maximum term for loans to 60 months from 84 months and slowed lending growth in a bid to stem losses. One in every two consumers with credit are behind in loan payments, according to the South Africa’s credit regulator.

“The speculation on management, I think it’s frivolous,” Sam Houlie, a money manager at Momentum Asset Management, which manages the equivalent of $18-billion, said by phone on May 27 from Cape Town. “Ultimately you now need to assess the ability of management to effect the turnaround. They have a good chance.”

Houlie is adding African Bank to his portfolio, he said. The lender is the largest holding in his Momentum Value Fund at 12.6% as of April 30 from 11% at the end of January, according to a fund fact sheet.

Coronation Fund Managers, which manages the equivalent of $52-billion, increased its holdings to 22% at the end of March, according to data compiled by Bloomberg, from 20% in January. The Cape Town-based money manager declined to comment in an e-mailed response to questions.

Changes Risky
The PIC, South Africa’s largest money manager with R1.4-trillion in assets, holds 12.5% of African Bank after adding shares through the end of March. The PIC doesn’t publicly discuss its investments, said spokesperson Nomzamo Petje. The company continues to “engage with the current management regarding the latest developments in the bank”, she said.

Stanlib is no longer “actively adding” to its holdings to ensure portfolios remain balanced, Herman van Velze, a Johannesburg-based money manager at the company, which has $51-billion in assets, said by phone on Wednesday. Stanlib boosted its share in African Bank to 7.8%, according to data compiled by Bloomberg for the end of March.

“The current management knows more what is going wrong and what they’re doing,” he said. “To change them now will be riskier to us.”

African Bank is working on plans to boost capital, chief financial officer Nithia Nalliah said by phone on May 27 from Johannesburg. “If we had to do a rights offer we will not hesitate to do one, but it’s not something that we’re looking at as a priority,” he said.

‘Cockroach’ Loans
The December rights offer, which followed a 45% surge in bad loan charges in the six months through March 2013, received 64% more bids than the amount offered, African Bank said at the time. The stock fell 1%t to R9.01, while the all-share index rose 0.1%.

“They’ve had two cockroaches in their loan book,” 36ONE’s Verster said. “If there is a third cockroach in the loan book, it would be interesting to see whether shareholders will support a second rights offer within a year.”

The lender will need to start competing against banks such as Standard Bank Group and FirstRand for less-risky customers, which will reduce the interest rates Abil can charge and cut profit, he said. “We’re getting an idea that the company is turning around,” Stanlib’s Van Velze said.

“The fact that people want credit is not going to go away. It is how you price that. We have more confidence in the fact that they can price better and hence turn around.” – Bloomberg