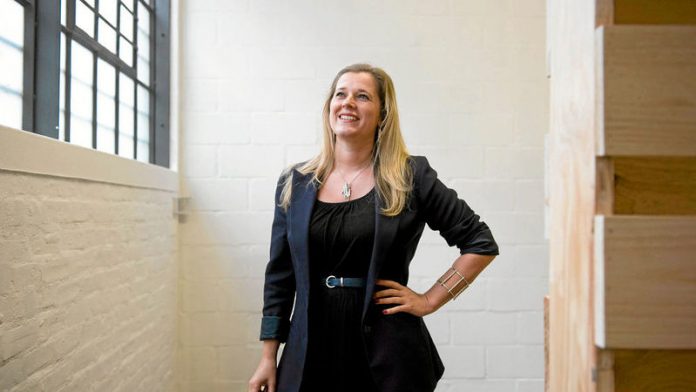 Bizarre as it sounds, a symbol of oppression – metres of ugly meshed prison wire – has been transformed into trendy earrings, pendants and cufflinks.

And when Taylor met Fran­cesca Eastwood (Clint’s daughter) in Los Angeles last year, Eastwood saw – and immediately wanted – the Reign pendant, made from the same fence. Another celeb, Frances Fisher, the Titanic actress, wears the Release pendant from the same range.

In just two weeks, this rusted old Robben Island fence will have undergone its second metamorphosis since Taylor found it when she launches her XX Freedom Collection in South Africa, New York and Los Angeles.

The limited collection with two XXs on every piece denotes 20 years of freedom (XX symbolising 20 in Roman numerals) and South Africans’ vote for freedom.

Fence acquisition
How Taylor came to acquire the fence is a story in itself. Cape Town artist Chris Swift visited Robben Island on an educational tour in 2009 and saw renovations under way for the celebration of Mandela’s 20th year of release.

He saw teams replacing the maximum security fence and the old one, written off as scrap metal, being put in skips to be thrown away.

Taylor says Swift, an artist who was creating artworks out of discarded installations, immediately saw great value in this rejected piece of history and formed the Robben Island Art Company Trust (Riact), which is now the custodian of the fence.

A piece from the Legacy Collection.

“I was then running my own graphic design agency and Dax ­Villanueva and Chris had asked me to help with graphic design and packing for Riact,” says Taylor. “With this involvement with the fence, I already had an idea of what their rusted artworks looked like. I was so inspired by it that in 2012 I closed my graphic design business and started concentrating full time on the Legacy Collection, launched in 2013.”

Each piece of jewellery in the XX collection – simple, stark and elegant – will be similar to the last limited range called the ­Legacy Collection. It will bear the scars and texture of the rusted fence – testimony to, and symbolic of, the many years it held political prisoners captive, she says.

Portion to charity
For every piece of jewellery Taylor sells, she donates a percentage of the profits to the Nelson Mandela Foundation and Abalimi Bezekhaya (We are farmers), which teaches farming in the Eastern Cape townships.

Taylor says her work is historic and should be preserved and passed on from one generation to the next. This passion for history keeps her battling away with pliers, cutting away at the rusty wire, sometimes working on one piece of jewellery for weeks on end, only for it to shatter.

“Working with the fence is very special, but also very difficult because it is old, brittle and very fragile. Every piece I make must carry the ‘scars’, but be beautiful at the end, which I like to think reflects the evolving story of this country,” says Taylor.

A fragment of the old Robben Island, repurposed into jewellery.

Her first range of 108 pieces was cut with her own hands.

“I have often bruised the palms of my hands and bled from the fence. I often say the ‘fence bit me today’, and have literally cried some nights doing this all by myself. But some pieces are easier than others. The first Legacy Collection was an absolute labour of love, but worth it all,” says Taylor.

Bespoke jewellery
Every single piece of jewellery Taylor designs and makes is bespoke – no item can ever be the same. Each piece comes with a certificate of authenticity and a unique number lasered on to it.

As Fisher’s guest at the Environmental Media Awards in the United States – awards that recognise the entertainment community’s power to influence the environment through television, film and music – Taylor put a piece of Robben Island on silent auction.

That could well be the reason she is getting “top secret”, by-appointment-only visits these days at her studio in Gardens, Cape Town.

Taylor has secured exclusive rights to use the notorious fence for jewellery and what she has left of it (which is carefully audited by KPMG). She estimates it may only last for another two years, depending on supply and demand – and then the fence will be used up, but not forgotten.

Motsamai journeys from prison to Parliament