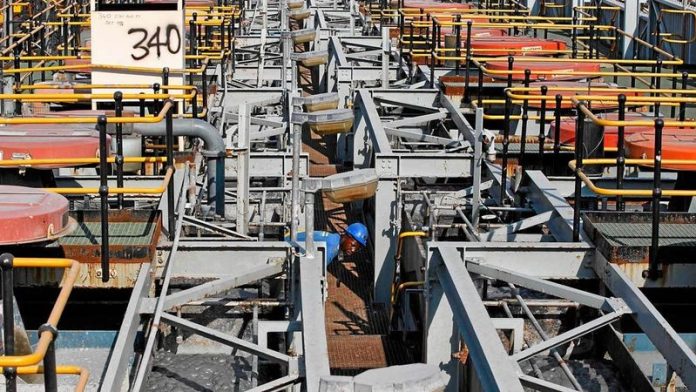 Zimbabwe’s Cabinet has ordered that a controversial equity law which forces foreign companies to cede a majority shareholding to local investors be amended, a minister said on Thursday.

“Cabinet has said the law should be aligned with the Constitution and we will soon be making the necessary adjustments,” Indigenisation Minister Francis Nhema told AFP.

Finance Minister Patrick Chinamasa on Wednesday told Parliament that Cabinet had decided that the law be changed to make it clearer and friendlier to investors.

“We want a win-win situation. We are aware that investors don’t come here for charity. They come to make money,” Chinamasa said. “Where investors come with their money equipment, we have never said we want a share of that money.”

In its original form, the law spooked investors amid a weakening economy and high unemployment levels. The indigenisation law has also been a source of conflict between President Robert Mugabe’s allies, with some maintaining a hardline stance while others opposed the measures.

Information Minister Jonathan Moyo earlier divulged some details of the planned changes to the indigenisation and empowerment policy. One of the aspects of the law is that it will allow foreign investors to recover their initial capital investment, a return on investment and operational costs before sharing profits, said Moyo.

Under the law, foreign owners of mines in Zimbabwe were given an ultimatum to surrender more than 50% of their shares and find local partners or risk nationalisation.

Mugabe said that the law, which followed controversial land reforms launched two-and-half decades ago, was meant to reverse imbalances which resulted from colonialism.

But critics, including opposition leader Morgan Tsvangirai, have been adamant that the law would enrich Mugabe’s allies and scare away foreign investors.

Tsvangirai’s Movement for Democratic Change (MDC) dismissed the planned policy changes as unclear and it doubted the government’s political will to improve the investment climate. “The MDC categorically dismisses the purported policy shift as a case of too little too late,” said Tapiwa Mashakada, the party’s acting secretary general.

“We see this move as mere posturing.”

“All current efforts by the Zanu-PF government to hoodwink investors will come to naught until the government seriously addresses the perceptions and realities around the sovereign risk of the country and the security of investments,” said Mashakada.