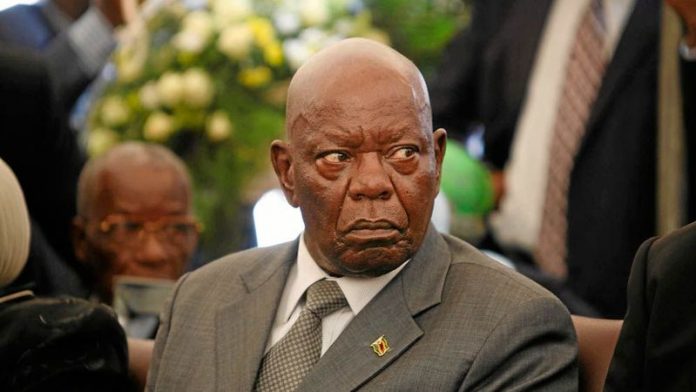 Zimbabwe’s chaotic land reform programme, carried out more than a decade ago, is haunting the courts. The high court has been inundated with land dispute cases that have arisen mainly from the poor administration of the ­programme.

A Mvurwi couple, Maidei and Christopher Masawi, are again seeking relief from the courts because a retired senior army officer and a son of one of Zimbabwe’s national liberation heroes allegedly continue to occupy their farm and use equipment and infrastructure in defiance of previous court orders. The Masawis were allocated plots 15 and 16 of Earling Farm under the resettlement programme, but they allege that retired brigadier general Charles Nhapata and Samuel Takawira, the son of the late Leopold Takawira, have been interfering with their operations.

Nhapata is arguing that plot 16 should be allocated to retired ­captain Jeffrey Sibanda and that infrastructure on the farm should be communally used.

The saga has now sucked in Presi­dential Affairs Minister Didymus Mutasa, who, through his principal director, Brigadier General AW Tapfumaneyi, has written to Minister of Lands Douglas Mombeshora urging him to defend the soldiers’ claims because of their ranks.

In the letter, dated February 13, which is part of the court record, Tapfumaneyi said his ministry had been involved with the dispute over Earling Farm since March last year because of the ministry’s “delicate” mandate to ensure probity and to enforce adherence to the party line.

“This matter came to our attention through a report dated March 27 2013, which was co-signed by brigadier general (retired) M Charles Nhapata and Dr Samuel Takawira. Dr Takawira is the son of the late nationalist and national hero, comrade Leopold Mukumwaidzi Takawira. General Nhapata is also a very senior veteran of the liberation struggle, a former member of the Zanla general staff [the military wing of Zanu during the war] and a highly decorated senior officer of the ZDF [Zimbabwe Defence Forces],” Tapfumaneyi said.

“We highlight these credentials [of Takawira and Nhapata] in order to underscore why they feel so offended by Mrs Masawi and her husband, Christopher, whose political route to positions of authority in the party or their claim to fame, especially Mrs Masawi, is not as clear and cannot, in their humble view, stand up to close scrutiny.”

Tapfumaneyi also said his fellow army officers believed the judge who presided and ruled in favour of the Masawi family was unduly influenced.

“It may also be necessary to point out that, on December 27 2012, Maidei and Christopher obtained a default court order in chambers in the High Court of Zimbabwe, in the matter heard by Justice [Alphas] Chitakunye … the Masawis brandished their 99-year lease to secure this order but General Nhapata and company felt that the learned judge succumbed to Maidei’s undue influence,” he said.

“We therefore, on the minister of presidential affairs’s behalf, recommend the following measures to redress the situation and restore sanity at Earling Farm: that there is need for you, honourable minister, to reconfirm Captain Sibanda’s tenure on subdivision 16 of Earling Farm in writing, and also to instruct all government and party stakeholders in Mashonaland Central province to give him all assistance possible and facilitate his assumption of effective occupation of his subdivision.”

The letter asks for the government to withdraw the Masawis’ land offer letter issued by the state.

The Masawis, through their lawyers, last month approached the court for a pre-trial conference that would pave the way for the court to adjudicate the matter. They are seeking an order to compel Nhapata to vacate their property.

The court has yet to confirm a pre-trial conference date.

Offer letter signed by Mutasa
According to Maidei Masawi’s affidavit, they were offered plot 15 of Earling Farm by the government in 2001 and were given an offer letter, signed by then-minister of lands, agriculture and rural development Joseph Made.

Masawi said the couple had surpassed the harvest target set by the government and, as a result, they were rewarded by being allocated plot 16 in addition to plot 15, an offer ironically signed by Mutasa when he was the minister of national security, lands, land reform and resettlement in the president’s office in 2009.

She said infrastructure on the plots included several tobacco barns, shade structures, a generator house, a farmhouse and an employees’ compound. She said the infrastructure had been valued at $200 000, most of which she has paid off. Only $20 000 is outstanding.

Beneficiaries of Zimbabwe’s land reform programme had to pay the government for infrastructure on the farms, although the policy was loosely enforced.

Masawi said problems started in 2002 when Nhapata forced his way on to their land and occupied the “shades” and the main compound, “claiming that he was a soldier as well as a liberation fighter, who is allowed to stay wherever he wants at any time he wants”.

Nhapata, she said, had threatened “to deal with us to the point of death”. He then took over seven barns and the generator house.

In an earlier case involving the two plots, Nhapata denied threatening the family and said he was living peacefully with them. He was surprised by the allegations of threats.

He insisted he was the lawful owner of the plots and that they had a standing arrangement that the number of tobacco barns to be used by each beneficiary would be based on the amount of tobacco each person harvested.

But the court ordered Nhapata to surrender the property.

Besides his alleged interference in the running of the couple’s farm, the Masawis also sought an urgent application to bar Takawira from interfering with the same property. The judge ruled in favour of the Masawis.

But Nhapata is now arguing that the matter is administrative and should not be handled by the courts because Jeffrey also has an offer letter on the same plots.

Nhapata also argues that he has the government’s blessing to occupy the former farm manager’s house and says that there is no proof that the Masawis paid for the infrastructure, as claimed.

It is not yet known when the case will be heard.

Surge in attempts to take land from white farmers in Zim

On a mission to ‘cleanse’ Zanu-PF