Mandla Mandela ‘cleans up’ his image 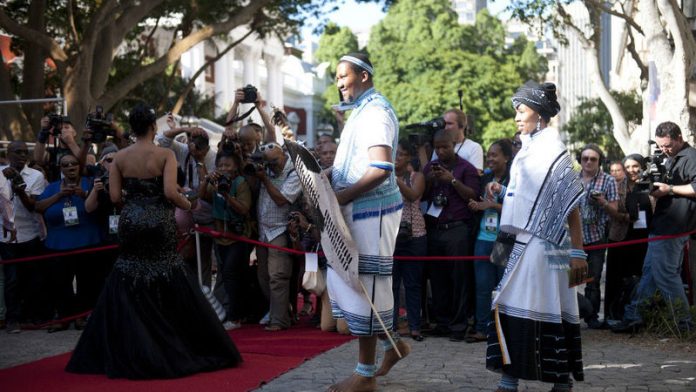 Publicist Sisanda Gqirana, who is a long-time friend of the Mvezo chief, told the City Press that Mandela was aware of his mistakes.

“Look, the plan is to change people’s perception of him,” Gqirana was quoted as saying.

“Here is a man who is doing so much that is good but all we hear are the negative stories.”

Gqirana said all Mandela wanted to do was continue his grandfather’s legacy.

She claimed Mandela had been misunderstood and placed under undue pressure by being compared to his late grandfather.

“He is a human being too,” Gqirana told the paper.

Mandla took the spotlight a few months before his grandfather’s death when his relatives took him to court for digging up the remains of three Mandelas in Qunu and reburying them in Mvezo without the family’s knowledge.

He was embroiled in a bitter divorce with his estranged first wife, Thando Mabunu-Mandela, who opened bigamy charges against him after he married two more women despite being legally married to her.

He has accused his younger brother, Mbuso, of impregnating another of his estranged wives, Anais Grimaud.

Mandela was also in the middle of a court dispute following allegations that he assaulted Mthatha teacher, Mlamli Ngudle.

He was involved in several projects in Mvezo, including the construction of roads, bridges, schools and a child development centre, said the paper. – Sapa