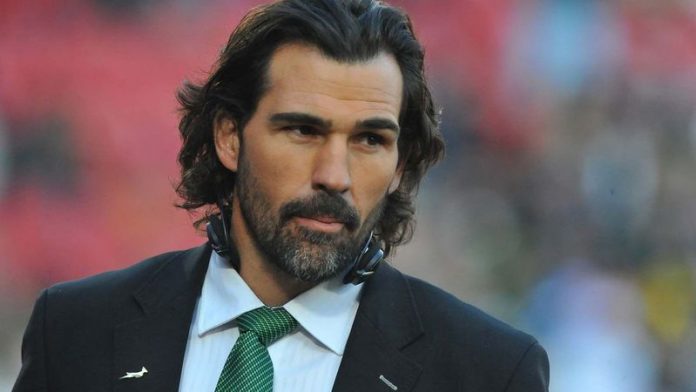 Victor Matfield will captain the Springboks in the Incoming Series this month in the absence of the injured Jean de Villiers, coach Heyneke Meyer said on Tuesday.

“Victor’s appointment as interim captain is something I thought long and hard about and it wasn’t an easy decision to make,” Meyer said in a statement. “Victor is someone who has the respect of all the players in our squad, as well as world-wide in rugby. He’s achieved a lot and has always put the team’s interests first, while most of the players in our squad have already played under him.”

Matfield will lead the Springboks for the first time since his return to rugby in Saturday’s match against a star-studded rugby union team World XV at Newlands, Cape Town, kicking off at 5pm. Having played 110 Tests for South Africa, Matfield last captained the Springboks at the Rugby World Cup in New Zealand in 2011.

‘The pressure’
De Villiers would resume his role as captain again once he was recovered from his injury. “Victor was a logical option – he knows the pressure associated with being Springbok captain as he’s been there before and he has vast captaincy experience at all levels of the game.

“I also firmly believe Bismarck has improved a lot in this role with the Sharks and I know he can still lead the Springboks. He’s 100% supportive of Victor and he will remain one of our vice-captains for the season.” Matfield, who has captained the Springboks in 17 Tests earlier in career, said he is very grateful for the trust shown in him by the national coach.

“I’m here to serve the team and would like to make a positive contribution,” Matfield said. “When I decided to return to playing rugby, my aim was to be good enough to make the Springbok team. I never dreamt of leading the team again and it’s a massive honour.

“The coach has built a strong core of leaders and I’m fortunate to have guys such as Bismarck, Fourie, Bryan, Duane, Schalk, Flip and Francois alongside me. And we’ll have Jean and Adriaan Strauss back with the team soon, which will add to the depth of leadership.” Matfield will captain the Springboks in their four matches in June. The vice-captains will be Du Plessis and Du Preez. – Sapa