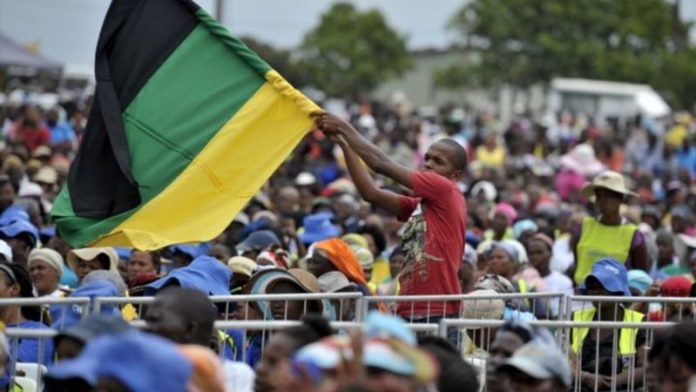 Gauteng’s ANC Youth League has announced it will march on the offices of the Mail & Guardian on Thursday. It said the M&G is “one of the media houses which have become willing propagandist of a counter-revolution against the ANC in support of the opposition”.

The youth league’s statement said “thousands” of members and supporters are expected to assemble at Wyndham Park in Johannesburg at 9am and march to the M&G‘s offices on Jan Smuts Avenue, Rosebank, where they are expected to hand over a memorandum.

Leadership of the Progressive Youth Alliance, the ANC Youth League, the Congress of South African Students and the Young Communist League will be addressing the marchers.

The editorial in question, published before the May 7 elections, told readers to vote to narrow the party’s “majority by swelling the opposition vote and even, in some provinces, forcing the ANC to rule in coalition”.

“No one doubts that after May 7 the ANC will still command a majority. How does the electorate prevail on it to do its job properly: create jobs, curb crime and remedy appalling defects in the public health and education systems? How do we make its representatives more responsive?

“A narrower margin means the opposition tightens the leash on the ruling party, and can make better use of legislatures to stem government excesses. One of South Africa’s most pressing political problems is the failure of legislators to perform their constitutional duty of overseeing the executive – because they are beholden to their party hierarchy, not constituents.”

M&G editor Angela Quintal said: “Just as we believe in the constitutionally enshrined right to freedom of speech, we will also defend the right of any individual or organisation to protest peacefully. This is what our constitutional democracy is about.”

A “prayer of gratitude” for the free and fair elections will be held simultaneously at the Orlando Community Hall in Soweto at 11am.