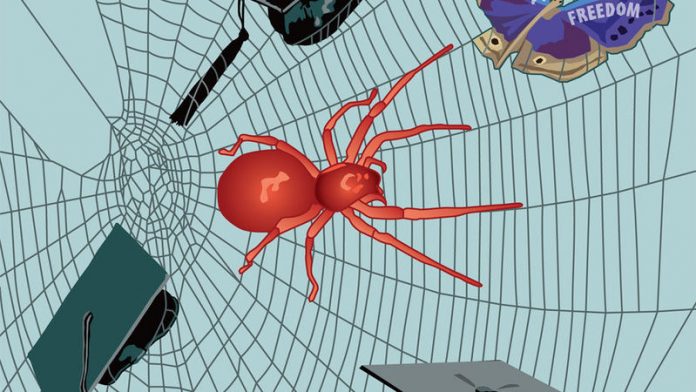 Academic freedom is given an unusually privileged place in the Constitution – one of the few worldwide that both explicitly does so and pledges its defence.

But the place it gives it is, in some crucial respects, an ambivalent and perhaps ultimately a contradictory and self-defeating one.

The constitutional imperative seeks to valorise and respect academic freedom by placing it alongside other core democratic principles, such as freedom of speech and freedom of religious belief.

However, this frames academic freedom, above all, as an individual right, thus severing it from its usual and perhaps constitutive connections with university autonomy.

Framework for transformation
How this threatens to restrict or undermine severely the practice of academic freedom becomes clearer in the translation or exposition of the constitutional imperative in the policy framework proposed by the National Commission on Higher Education’s 1996 report, A Framework for Transformation.

By narrowing down the scope of academic freedom to a subset of an individual’s right to freedom of expression or belief, the report sought to assert scope for state intervention, presented in the guise of a democratically sanctioned notion of co-operative governance – with some uneasiness in the formulations.

But in the decade following the report and the Higher Education Act, the translation of policy into practice raised a number of concerns, notable among these being that the constitutionally protected individual right of academic freedom somehow didn’t appear to provide any actual protection to academics or the institutions that housed them.

The Council on Higher Education’s 2008 report, Academic Freedom, Institutional Autonomy and Public Accountability in South African Higher Education, surveys and summarises the changing ways in which policy was put into practice from 1997 to 2007.

Agitation
The council notes that the reason for its report was the continued uncertainty over and agitation surrounding the related ideas of academic freedom and institutional autonomy – in particular, “concerns and claims that government steering of higher education risked becoming ‘interference’ ”.

Unlike the framework report, and rather than seeking an impossible consensus, the council’s document is more overtly dissenting and more open to the expression of differences and disagreements about questions of academic freedom. Perhaps this is partly because the ways in which the translation of policy into practice in the decade following 1997 have shown there were emerging grounds for these misgivings, despite the framework report’s attempt to forestall these.

Consult, don’t command
These include the ways in which, for all the rhetoric of “co-operative governance”, the state finds it easier to command universities than to consult them; that the application of “growth and development” imperatives to teaching and research may be “reckless”; and that, all in all, the government – in its calls for the accountability of higher education – may, ironically enough, not itself be exercising its own democratic accountability “for developing the higher education system”.

Indeed, in at least one strand of its thinking, the council’s report comes round to asserting the values of an academic freedom it seems at first to abjure – an academic freedom rooted in, rather than separated from, its context as a highly mediated institutional practice, caught betwixt and between the interests of commerce and society, the state and the university, the managerial and the academic.

In the end, the key finding or recommendation of the report may well be its insistence on dissent, based on its recognition that “no one party can know how, or should have the sole power, to draw a fixed boundary between higher education and society, or between academic freedom and institutional autonomy and accountability … [A]ny party claiming to know how to do this – or vested with unilateral power to do this – may in practice suppress necessary engagement and free expression of difference.”

Given the inevitable tensions, the report advised the need for a “constant alertness to the implications of policy and implementation for academic freedom, institutional autonomy and accountability”, and suggested that the council itself needed to play a central role in monitoring “potential violations”.

Are there grounds for continued concern about academic freedom in South Africa? A number of events suggest that there are.

In particular, two pieces of higher education legislation have provoked considerable controversy and, in Minister of Higher Education and Training Blade Nzimande’s own words, raised the “spectre of state interference in the work of universities, generating fears of political interference by a minister bent on extending his control and crushing any opposition to it”.

New oversight committee
The first piece of legislation is the Higher Education and Training Laws Amendment Act of 2012; the second, the establishment in 2013 of a new oversight committee, tasked with overseeing transformation at the universities and chaired by Professor Malegapuru Makgoba of the University of KwaZulu-Natal.

Certainly, the common thread of the initiatives is cause for concern to anyone interested in asserting the constitutional protection of academic freedom, as the effect of each initiative is to centralise authority over aspects of higher education under the minister or those appointed directly by him.

With regard to the new Higher Education Act, Barney Pityana, former vice-chancellor of Unisa, argues that, “rather as in apartheid-style legislating”, the new Nzimande regulations “give the minister open-ended and ill-defined powers to intervene in higher education institutions well beyond the powers already available to him”.

Undermines the careful balance
Ihron Rensburg, vice-chancellor at the University of Johannesburg, says that the new legislation “undermines the careful balance struck between university autonomy and public accountability crafted by the Constitution and the initial Higher Education Act”. The new Act not only gives “one individual enormous power over the higher education system” but “also confuses the ‘public’ with the ‘state’ ”.

In line with Rensburg’s analysis of the anti-democratic authoritarianism at work in the new legislation is the simple fact that it was developed without following any of the usual processes of consultation with stakeholders and interested parties established in higher education to encourage democratic participation and accountability since 1994.

Neither the statutory Council for Higher Education, which exists precisely to advise the minister on higher education matters, nor Higher Education in South Africa, the body that represents all vice-chancellors, was consulted before the introduction of the new Act.

Stepping on toes
Similarly, for the council, the establishment of the new transformation oversight committee appears to contradict and override the role of university councils in monitoring transformation at their universities. Confidence in the committee has not been deepened by its issuing last year – with considerable fanfare – of what it called a “seminal” study, An Equity Index for South Africa, which three articles in the South African Journal of Science argued was riddled with methodological and argumentative flaws.

In conclusion, it seems as if the constitutional imperative embodies the ways in which academic freedom has perhaps always been an inconvenient ideal, one that it is easier and more comfortable to support in theory than to observe in practice.

But the continued agitation about, and appeal to, notions of academic freedom also reveals that South Africa and doubtless other systems of higher education know that at some level they benefit from free and open-ended inquiry while, at the same time, they often fear it. The fear is that the capacity for reflective thought and criticism developed by university education might, instead of being in simple service to the state and the economy, turn out to be against state interests and economic ideologies.

What Jacques Derrida wrote of the university is perhaps particularly appropriate to the current tension in South Africa: “For more than 800 years, ‘university’ has been the name given by a society to a sort of supplementary body that at one and the same time it wanted to project outside itself and to keep jealously to itself, to emancipate and control.”

Professor John Higgins is a fellow of the University of Cape Town. This is an edited extract from his chapter in The Europa World of Learning 2015, a survey and directory of international higher education, to be published by Routledge in September

​Higher education not a commodity

How games can hook pupils with short attention spans