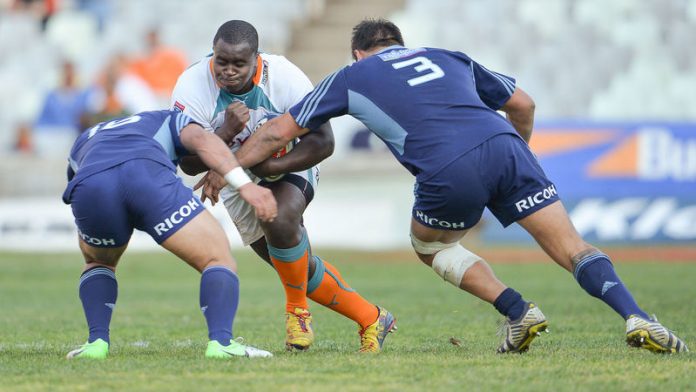 Cheetahs prop Trevor Nyakane will link up with the Springboks in Durban as an additional member in the squad for the Incoming Series, the South African Rugby Union said on Sunday.

Nyakane played all three of his Tests for South Africa last June but was not part of the squad for the Rugby Championship.

“Trevor is a player who we identified last year already as someone who can play at the highest level,” said Springbok coach Heyneke Meyer. “He’s currently not the first-choice in his position for the Cheetahs and we’re thankful that they granted us this opportunity to pull Trevor into the squad.

“As the Cheetahs are on a break from Super Rugby at the moment, we want to use this opportunity to work with Trevor, keep him up to date with our playing structures and, most importantly, spend time on his conditioning and other aspects considering the Springbok ethos.”

Meanwhile, the performance of Irish referee George Clancy in Saturday’s clash between South Africa and the World XV at Newlands has served as a wake-up call for Heyneke Meyer’s Springboks.

Meyer said the Springboks would have to adapt to the way whistlemen from the northern hemisphere policed breakdown play.

“Most of the players have been playing in the southern hemisphere where the referees place a lot of emphasis on the game being quick and endeavour to facilitate the ball coming back quickly from the breakdown,” said Meyer.

Meyer said the slow manner in which the ball was recycled at breakdown affected the way the Boks played. “We thrive on quick ball and we are a great attacking team when we do get quick ball but we were unable to get that in this game and that was a bit of a wake-up call for us.

“This match was important to us, because we have to play together as a team to become better. I believe we are a very dangerous team when we play with quick ball.”

Next week in Durban, the Boks will be up against northern hemisphere opponents (Wales) with a northern hemisphere referee, Frenchman Romain Poite, who famously red-carded (two yellow cards) South African hooker Bismarck du Plessis in a Rugby Championship match against New Zealand, in Auckland, last September.

Meyer felt that Wales, who will play a warm-up game against Eastern Province in Port Elizabeth on Tuesday, would prove formidable opponents. “Wales will be well prepared. “They are a quality side with big backs which will give them go forward ball. They also played together in the Six Nations, while we [the Boks] are just starting out.”

The Springboks flew out from Cape Town for Durban on Sunday with no injury concerns after their Newlands hit-out. – Sapa