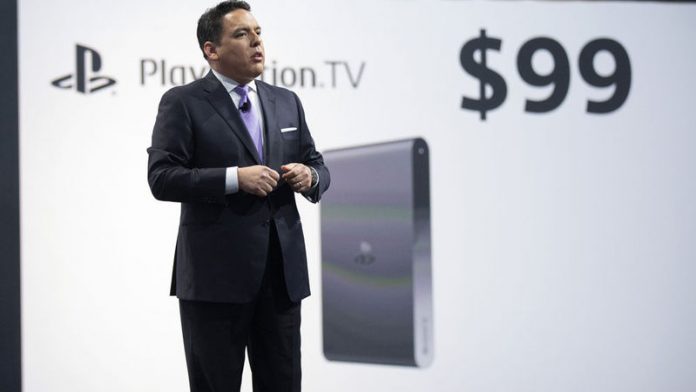 Sony Computer Entertainment on Monday said a PlayStation TV home entertainment system will debut in North America and Europe by the end of this year.

The small, stand-alone PS TV box will be priced at $99 in North America and €99 in Europe. A bundle containing a wireless videogame-style controller, a memory card, and a Lego: The Movie video game from Warner Brothers Interactive Entertainment will sell for $140.

PS TV is designed as a platform for games, films, television shows, music, and even original programming streamed from the internet or PlayStation consoles. The first PS TV original series, titled “Power” and based on a graphic novel of the same name, is in production and casting is under way, writer Brian Michael Bendis said at a Sony press briefing on the eve of the Tuesday opening of the E3 video game show here.

The story revolves around two homicide detectives who specialise in investigating suspicious deaths of people with super powers. “If a super hero falls dead from the sky or a notorious super villain is found dead in a gutter, that is their case,” Bendis said. “It is also about what a world with super heroes might really look like; how it would affect our culture.”

PS TV will synch with a Sony online store for digital content, provided they are members of the PlayStation Network. The system has proven popular since it was released in Japan and other parts of Asian in November as PlayStation Vita TV, according to Sony. – AFP

Sony PS4 attracts gamers as rival fails to win them over

As the E3 conference takes place, Sony has insisted that the game console war is far from won despite its PR launch triumph over Microsoft.
Read more
Sci-tech

As the war between console manufacturers heat up, PlayStation 4's lead architect tells us how Sony has improved the next generation console.
Read more
Business

Sony will launch a new PSP in October with a high-resolution screen and a built-in microphone that enables it to be used as a telephone.
Read more
Advertising
Continue to the category
Politics