AU is learning from security failures 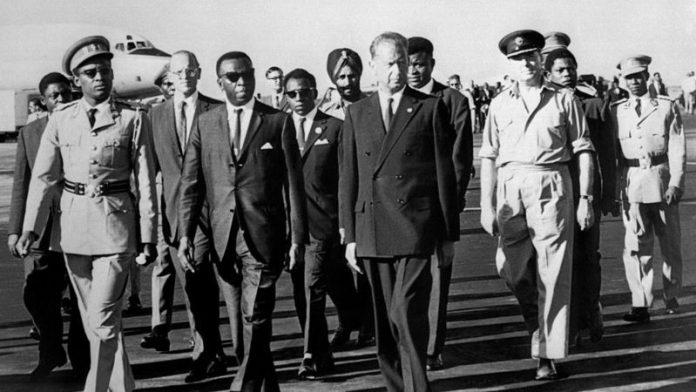 Since the creation of the United Nations in 1945, Africa has played a key role in shaping efforts by the body to maintain international peace and security, particularly after the UN Security Council’s credibility as an impartial actor was damaged by its intervention in the Congo from 1960 to 1964.

After the end of the Cold War by 1990, and following the fatal UN passivity over the preventable genocide of 800 000 people in Rwanda in 1994, Africans led efforts to stop such mass atrocities in future. The idea of an international “responsibility to protect” was incorporated into the Constitutive Act of the African Union (AU) in 2000, and into the continent’s new peace and security architecture.

After its establishment in 2002, the AU set up a 15-member Peace and Security Council to authorise peacekeeping missions; an AU commission to co-ordinate operations; a “panel of the wise” to advise and mediate; a continental early warning system to gather information on potential conflicts; an African Standby Force to be made operational by 2015; and a peace fund to support peacekeeping activities.

The AU’s deployments to Burundi, Sudan, and Somalia showed its commitment to peacekeeping. But all three missions also revealed institutional, logistical and financial deficiencies, which were again exposed by the crises in Mali and the Central African Republic from 2012. The Peace and Security Council is charged to work closely with African human rights and governance mechanisms to fulfil its mandate, but the security architecture lacks effective preventive mechanisms for managing simmering conflicts.

The continental architecture also depends greatly on the efforts of Africa’s subregional bodies, in particular the material contributions of regional powers such as Nigeria and South Africa to the subregional peacekeeping brigades that form the core of the African Standby Force (the establishment of the force was postponed until 2015). The prevalence of HIV and Aids among African militaries (between 20% and 60%) poses a further potential challenge.

The UN Charter provides for co-operation between the security council and Africa’s regional organisations to maintain international peace and security. The 22 000-strong AU Mission in Somalia is a promising peacekeeping framework, established by a regional organisation in tandem with the UN. Yet other regional initiatives have lacked the capacity to be effective: the missions of the ceasefire monitoring group of the Economic Community of West African States in Sierra Leone and Liberia were taken over by the UN in 2000 and 2003 respectively, as were the AU missions in Burundi and Darfur in 2004 and 2007.

The AU must capacitate its office at the UN in New York sufficiently, so that it is able to engage the UN effectively on African peace and security issues. Africa’s leaders should also seek greater diplomatic status for the relationship between its Peace and Security Council and the UN Security Council, to enhance the AU’s peacekeeping role.

Since 2007, the United States has sought to use its global fight against terrorism to pursue its interests in Africa, militarising the continent through its Africa Command. The US, France and Britain – as three of the five veto-wielding permanent members of the security council – have often marginalised Africa in decision-making on the council. Last year, this triumvirate blocked action on 15 of the 18 African cases on the security council’s agenda. Africa has provided the context for innovative UN approaches to maintaining peace and security, but the systematic application of these new rules and mechanisms beyond the continent remains partial.

The UN security council has at times shunned the PSC, instead seeking co-operation with Africa’s subregional organisations, which it deems to be more in tune with the interests of its most powerful members. Unless the security council is reformed to share power more equitably between the rich North and the global South, its responses to conflicts on the continent will remain inadequate and its legitimacy questionable.

African peacekeeping missions must be properly resourced, trained and equipped – or peace agreements cannot be enforced. Also, the AU should apply the principle of “variable geometry” to the African Standby Force, so that subregional forces close to brigade-readiness can be deployed first and then share their experience with others.

Dr Dan Kuwali is a former senior researcher of the Centre for Conflict Resolution. Dawn Nagar is a researcher at the CCR.

It’s not just me who’s worried. Teachers unions are concerned about the capacity of schools to operate safely — and rightly so
Read more
Advertising
Continue to the category
Coronavirus