How long could the mines hold out? 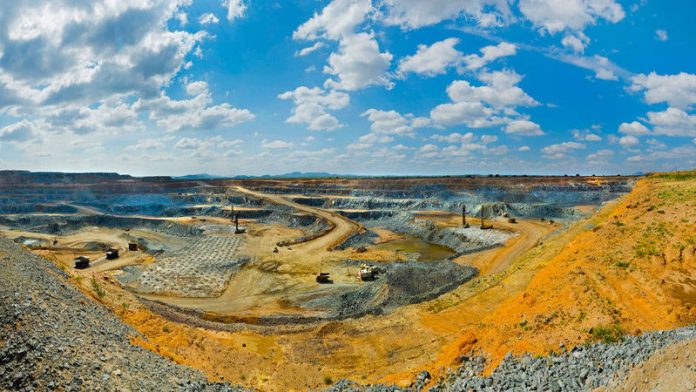 Twenty weeks into South Africa’s longest strike and the economy is undoubtedly feeling the strain. But the affected mining companies are weathering the storm with the help of profits from operations elsewhere and billions left in their Rustenburg inventories – and the timing of the work stoppage has proved a boon for the oversupplied platinum market.

Although 60% of South Africa’s platinum group metal supply has been sluggish, the mining giants have been well placed to withstand the strike as many of their operations in the eastern limb of the platinum belt, which stretches into Zimbabwe, remain unaffected.

Anglo American Platinum (Amplats) is producing at 60% capacity with the continued operation of its more profitable mines. Impala Platinum is producing at 40%. Even Lonmin, which is considered the most vulnerable of the world’s three largest platinum producers because it has no operations outside of Rustenburg, is not as close to falling over as media reports may suggest – it is sitting on $351-million in unprocessed inventory and at least half of this could be monetised.

As a result, some industry analysts said that a muted impact on their financial results, at least for the first half of 2014, is likely.

In addition, an oversupply estimated at seven million ounces, enough to satisfy global demand for more than a year, has observers increasingly perplexed about why the strike would be brought now – possibly the worst time to pick a fight with an industry that stands to gain from the erosion in global supply. Majority union Amcu (the Association of Mineworkers and Construction Union) says, however, that the workers do not have the luxury of waiting for the right time.

Advantageous position
“Amplats is in the most advantageous position given their diverse operating base and … unlike others, their critical mass is not in Rustenburg … [and it] also has the highly profitable Mogalakwena mine in Limpopo,” said Grant Sporre, commodity strategist at Deutsche Bank. “Broadly speaking, the operations that are closed now are low-profitability operations. They produce a lot of ounces but the margin on those ounces is very low.”

As detailed in its production report for the quarter ended March 31, Amplats did see a loss of production but, with the help of its pipeline stock, the company managed to process as much refined platinum in the first quarter of this year as it did in 2013 – a financial year in which headline earnings reached R1.5-billion. It also experience record production from Mogalakwena and joint venture operations.

In its interim results for the period ended March 31 2014, Lonmin reported saleable metal down 41% from 2013. But its balance sheet shows $351-million in inventories; half of which industry experts said can be processed for cash.

“It looks like these companies still have capital and they will be able to sustain themselves, but it will be for a limited period only,” said Stanlib resource analyst Kobus Nell. “They are still reasonably well funded, at least some of them, but the pressures are building, especially for the likes of Lonmin.”

Michael Kavanagh, a metals and mining analyst at Noah Capital Markets, said the half-year numbers may not be as bad as the full-year numbers.

Pipeline inventory
Nell said that, although Lonmin was able to draw down on pipeline inventory to pay interim costs, it would have a negative impact later on cash flow as the ability to ramp up to full production will inevitably take longer. “Whatever you take out, that’s a loan you have to put back again; it’s not a fund you can access that you don’t need to repay. You will need to refill the pipeline and will not generate cash until you get into a position to effectively sell metal again.”

Kavanagh agreed, noting the difficulty will come from now onwards, when the mines start up production again and incur all the running costs without generating cash immediately. “The full-year numbers are going to look pretty ugly.”

But reports that Lonmin may need a capital injection are premature, said one industry expert. “You can absolutely see a point at which Lonmin will need to raise cash again. But it’s much too early to say when and what for.”

“The problem is these companies cannot sit on assets that are consuming cash,” said Nell.

“A lot of these assets are not able to wash their own faces and, by comparison with other industries, these wages are already at a premium. That’s why these companies argue they are just not able to meet these types of demands.”

Necessarily tough
Sporre said: “If they give in on wages above a certain level eventually they are going to price themselves out of business. It’s not as though these [Rustenburg] mines are very profitable; they have to be tough on negotiations.”

The platinum market has been in oversupply for a number of years and even 20 weeks of strike in the biggest platinum-producing country has been unable to push metal prices significantly upward.

“In theory we have lost about 800 000 ounces of platinum metal through the strike. All that has done is brought down the inventory levels, but not to the extent that we come down to a very tight market,” said Sporre.

Ben Davis, mining analyst at Liberum, said, although the situation is not ideal, the erosion of stock is a necessary evil when demand isn’t as strong as hoped.

Solidarity general secretary Gideon du Plessis said this and other factors make for poor timing to strike. “There are a lot of external factors having a negative influence on the growth of the platinum industry. “

Safety nets
He said labour should push for high wages when “business confidence is high, when you know employers have a lot of secured contracts and operate under stable conditions. In a stable period it’s the best time to come with instability. The first priority of any union must be job security; you can’t do anything that will have a negative effect on job security. Amcu is taking all the safety nets out”.

But Amcu president Joseph Mathunjwa said: “It’s the quality of life that determined the time for the strike, that some workers realised they are reaching the end of employment and there is nothing to show.

“The strike is a means of liberating themselves from oppression; they have no other tools they can use. We thought the democratic government would have intercepted.”

Mathunjwa said the life of the mineworkers is worth nothing to the employers who are able to prolong the strike “to suffocate them and their children”.

Nell noted that a high wage settlement would spark similar demands in other sectors – and see South Africa becoming significantly less competitive, which in turn would impact negatively on exports, gross domestic product growth, employment and the rand.