Malaria check is in the male 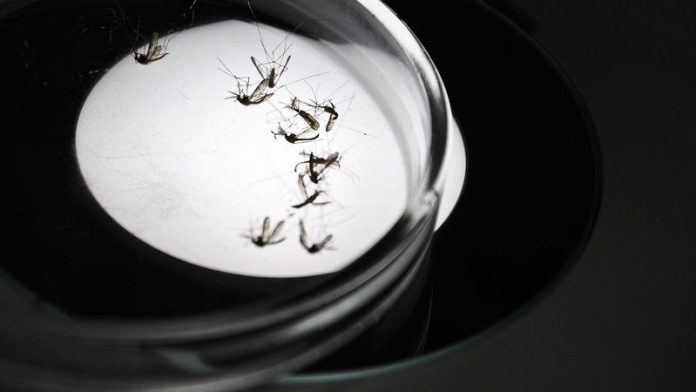 Scientists have hailed the genetic modification of mosquitoes that could crash the insect’s populations as a “quantum leap” that will make a substantial and important contribution towards eradicating malaria.

Previous efforts to tackle the disease, which kills more than one million people each year, most of whom are African children, have included bed nets to protect people and insecticides to kill the mosquito species most responsible for the transmission of malaria (Anopheles gambiae).

The new technique by a team at the Imperial College London involves injecting mosquitoes with a gene that causes the vast majority of their offspring to be male, leading to an eventual dramatic decline in population within six generations as females disappear.

“You have a short-term benefit because males don’t bite humans [and transmit malaria],” said Andrea Crisanti, one of the authors of a paper that was published in the journal Nature Communications this week. “But in the long term you will eventually eradicate or substantially reduce mosquitoes. This could make a substantial contribution to eradicating malaria, combined with other tools such as insecticides.”

The scientists injected mosquitoes with a gene from slime mould – a homing endonuclease called I-PpoI – which attached itself to their X chromosome during the male’s sperm-making process and in effect shredded part of the chromosome’s DNA. The result was that more than 95% of the mosquitoes offspring were males. The researchers found that the modified mosquitoes mated with wild mosquitoes, creating fertile mosquitoes that then overwhelmingly produced male offspring, passing on the gene.

Quantum leap
“Under field conditions, the accumulation of X chromosome damage would significantly contribute to the demise of target populations,” the scientists say in their paper. “The engineering is a quantum leap in terms of what has been done before,” said Crisanti, who worked on previous research in 2008, which took a similar approach but unintentionally resulted in sterile mosquitoes, meaning the gene’s ability to spread was limited.

Nikolai Windbichler, a research fellow at the college and co-author of a paper, said that the concept of distorting the sex of a pest’s population is more than 50 years old but that the technology had not been available until now to execute the idea.

But Helen Williams, a director of GeneWatch UK, a not-for-profit group that has been critical of previous GM mosquito research, warned of unintentional consequences of crashing mosquitoes’ populations.

“We would want to ensure that the risks are properly considered before GM mosquitoes are released into the environment. For example, reducing the population of one mosquito species can increase the population of other mosquitoes, so you can potentially make it worse. If you change an ecosystem and remove a species, another species often moves into that niche.” – © Guardian News & Media 2014