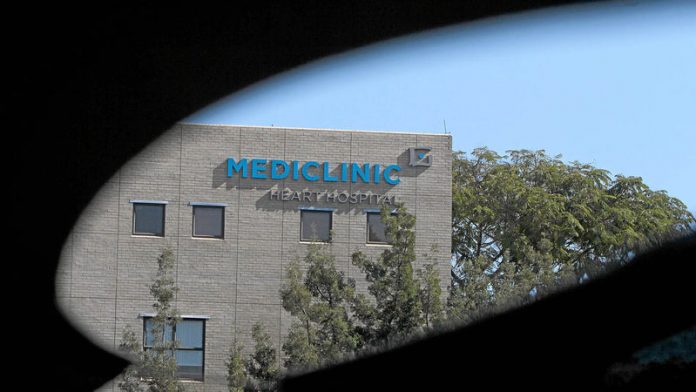 The company sold 41-million shares to institutional investors at R77.50 apiece, Stellenbosch-based Mediclinic said in a statement on Thursday. That represents a 1.7% discount to the 30-day volume-weighted average price of R78.86, the hospital operator said.

Mediclinic has “identified a number of attractive acquisition and investment opportunities in Switzerland, the United Arab Emirates and selected African opportunities,” it said on Wednesday. The company has already entered into binding agreements to buy an acute-care, multidisciplinary hospital in Switzerland and is in talks to acquire outpatient facilities in the country.

“When Mediclinic does deals, it’s very considered and where it knows it can add value,” Mathew Menezes, an analyst at Avior Research in Johannesburg, said by phone. “Ideally these would be done with debt, but the balance sheet is stretched and it would be silly to turn down an acquisition opportunity just to avoid selling shares.”

The company has R22.7-billion in debt due in 2017, according to data complied by Bloomberg.

The stock sale represents about 5% of equity capital and buyers will be entitled to a final dividend of 68 cents a share to be paid June 23, the company said. Trading of the new securities is scheduled to start on June 20.– Bloomberg