Numsa hits No 1 where it hurts most 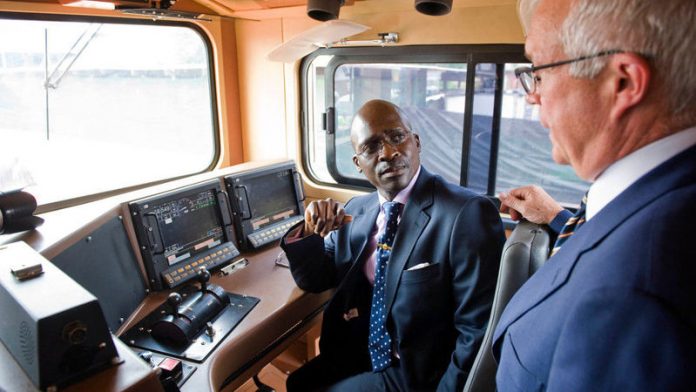 Officially in the cross hairs is Malusi Gigaba, in his former role as public enterprises minister before the new Cabinet, and the Transnet board installed under his watch.

But they appear to be almost incidental casualties in what smacks of a determined attack by the National Union of Metalworkers of South Africa (Numsa) on President Jacob Zuma’s perceived soft underbelly: the networks of patronage created under his administration.

Although still officially part of Cosatu, Numsa has in recent months clearly signalled its intent to work towards the creation of a workers’ party to contest future elections.

Weakening Zuma, and becoming the centre for a coalition of those within the tripartite alliance and the ANC opposed to his leadership of the party, is a key part of that road map, as is linking Zuma to failures and excesses that directly affect workers.

To date Numsa has opposed Zuma through omission – by not taking part in the ANC election campaign – and through rhetoric. But the Mail & Guardian has confirmed that Numsa has lodged a complaint with the public protector around a controversial multibillion-rand Transnet deal.

Jobs at risk
The documents that form the basis of the complaint appear to show that jobs are being put at risk and development policy perverted in order to line the pockets of the connected, especially those close to Zuma.

A draft copy of a confidential report prepared for Numsa on Transnet’s purchase of locomotives from several foreign companies draws from public information and anonymous sources to weave a narrative of poor decision-making and impending (if not already rampant) graft. Even though it steers clear of dealing with Zuma’s role directly, the report occasionally reads much like an election manifesto.

“… [W]hat becomes apparent is the conflation of official government policy with the implementation of opaque and underhand business dealings to line the pockets of a selected minority business and political elite, which is then presented as part of the government’s grand ‘developmental strategy’ approach for the economy,” one section declares. “Clearly, a patronage network is being put in place that will benefit connected businessmen and political elites.”

In the report, the union predicts that blue-collar workers will lose their jobs owing to the nature of the Transnet deal. It also outlines the practical failures of government policies on development that relegate organs such as the department of trade and industry and the Industrial Development Corporation to spectators in decisions that will affect industries where Numsa members work.

“Clearly, the Transnet deal goes contrary to all the talk and rhetoric emanating from the government on the priority it is affording job creation, ‘localisation’ and … expanding on existing technical and manufacturing capacity … to participate in the manufacture of local locomotives.”