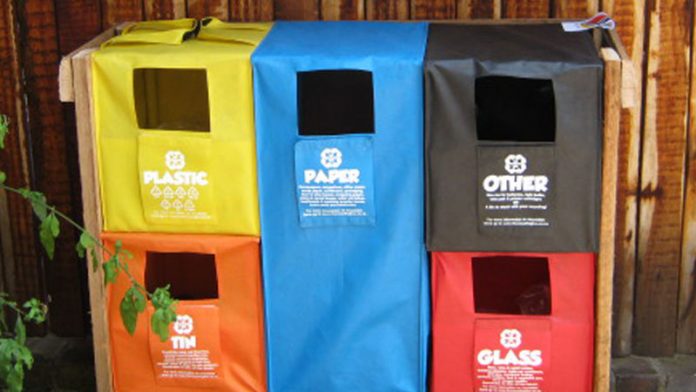 A box of Salticrax, an old tyre, an ice cream carton, a billboard, a car-seat cover, a broken desk and a bag of trash. Hardly a list of inspirational materials that can be used to create art or start a business, and yet there are entrepreneurs who see this waste as a pile of potential.

From the business that makes money by moving your waste to the one that uses old materials to create solutions for education, there is someone with the creative and business nous to turn rubbish into a story of financial success.

“Most people scarcely think past the use they get from a product, despite the fact that a product’s lifecycle has the capacity to be useful and valuable beyond that point,” says Stacey Davidson, director at the Recycling and Economic Development Initiative of South Africa (Redisa).

“The paradigm exists that if we continue as we are — not repurposing products and reducing pollution — then by 2050 world economies could be reduced by as much as 20%.”

Another endeavour that turns trash into cash is Supa Mama, the brainchild of KwaZulu-Natal businesswoman Thina Maziya. The company works with about 100 micro-entrepreneurs who collect plastic for recycling that is then transformed into refuse bags.

Supa Mama is also the first South African plastics manufacturer to create locally manufactured drawstring rubbish bags. The Glass Recycling Company (TGRC) is South Africa’s national organisation responsible for promoting the reuse of glass and also for the recovery of glass waste for recycling. It’s a voluntary initiative that started in July 2006 and assists new entrepreneurs by offering them management skills through training workshops and a glass collection infrastructure.

“Over the past year we’ve started 241 new glass recycling projects and more than one billion bottles were recycled. As a result, approximately 222 000 tonnes of carbon emissions were eliminated,” says TGRC chief executive Shabeer Jhetam.

“As glass is made from natural substances, it is endlessly recyclable and the recycling rate has now reached 40.6%, which means that almost every new glass bottle and jar made in the country has 40% recycled glass.”

What is interesting to note is that the bulk of the recycling is not done by people sitting in the higher income brackets, with more than 80% of the glass recycled in South Africa sourced from collectors and entrepreneurs who fall in the lower LSMs.

The list of businesses that see the value in rubbish is almost impressively endless. First National Battery has its own battery recycling facility in Benoni, K1 Recycling in Katlehong is committed to waste collection, recycling and the community; Thrive Hout Bay and the Bay Harbour Market in Cape Town started the Zero Waste to Landfill drive in February 2014 (that has actively dropped the amount of waste at landfills from 33 black bins to six).

And then there is the art of rubbish. Fancy wearing some Salticrax?

The Iphepha Bead Initiative evolved as a result of Karen Zunckel’s day job in sustainability assessments and part of her desire to give back to the community.  “The idea of creating paper beads goes back as far as the Victorian age, but I had not seen any paper beads jewellery made in South Africa before so I decided to try out a few designs and they sold,” says Zunckel.

“I trained up my first three bead makers, one of whom, Ncamisile Ndlela, is still with us. Upcycling cuts down production costs and we get creative using natural fillers such as alien invasive seeds, shell, glass and wood, plus each item is 100% unique and handmade.”

Billboards don’t get much flattering press, but DeskBags has transformed them into bags for children from previously disadvantaged communities. Made with recycled billboards, the bags are used to carry the child’s books and stationery and then fold open into a desk to help children to work comfortably in spaces where no schoolrooms exist. Plus, of course, the project creates jobs.

Upcycling is another burgeoning trend and Jessica Binns, founder of Hector and Bailey, has made a career out of the transformation of the old into the new.

“It was the department of home affairs in Durban that kick-started my business, because I had to wait six months for my visa and used the time to reignite my passion for upcycling,” says Binns. “The benefits are that people buy a completely original item and that you are investing in re-used and re-invented pieces and reducing over consumption in our beautiful world.”

Winnie McHenry, founder of Upcycle.co.za, took all the junk she never threw out and used it to make items that were functional and beautiful. Her site offers advice on how to promote upcycling, tutorials for people willing to bend their hand to the idea and an array of products that are made from mirror offcuts, milk bottles and even stiffy disks, among other things.

Then there is EcoSmart, a business that does all of the above — recycles, reuses and upcycles. Founded by Lise Kuhle, EcoSmart works with various NGOs, informal and community projects to provide a revenue stream for people. It currently diverts about half a tonne of waste from landfills every month.

“Traditionally this space has been full of small and micro-businesses transforming waste into craft whereas our focus is to use waste as a raw material for any number of products,” says Kuhle. “We manufacture and export dog beds that are made out of waste building wraps and off-cuts from car seat covers along with shopping bags, lunch boxes and even a geyser blanket made from recycled PET (Sprite) bottles.”

The government must not cave to Eskom’s demand that it be exempt from air pollution rules. Furthermore, the power utility needs to stay true to the principles of its own just transition strategy
Read more
Opinion

The murder of Fikile Ntshangase in KwaZulu-Natal was not an isolated incident. Around the globe, from Nigeria to Brazil, environmental activists are similarly being silenced, and it is our duty to continue this struggle
Read more
Environment

Researchers have found that, because ambient fine particulate air pollution aggravates comorbidities, it could play a factor in coronavirus fatalities
Read more
Advertising