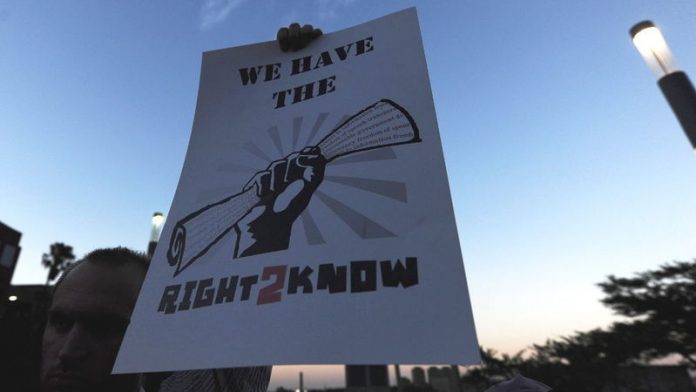 The Right 2 Know (R2K) Campaign has been given permission by the high court to hold a picket outside the arms deal commission. The organisation lodged an urgent appeal in the high court in Pretoria on Thursday morning after the Tshwane Metro Police Department (TMPD) turned down their request to picket.

Former finance minister Trevor Manuel will undergo cross-examination at the commission on Thursday. The R2K campaign said the testimony of former ministers was an important opportunity for a full accounting of the R70-billion arms deal to be aired.

It applied over a month ago to the TMPD to hold a picket outside the commission. But after a string of communication, various reasons were given for why R2K would not be allowed to picket. This included relying on the National Key Points Act, the rights organisation said.

Eventually, the Metro police said they had two protests scheduled for Thursday and that their police resources would be unavailable.

Murray Hunter, national R2K spokesperson, said it was not acceptable for the police to be granting permission to protest on a “first come, first serve” basis. “This follows a string of correspondence with the Tshwane Metro Police, who have shown every intention to prohibit the picket [including citing the apartheid-era National Key Points Act] instead of facilitating it as they are required by law,” he said on Wednesday.

“The decision by the Tshwane Metro Police not to allow the protest is deeply concerning and R2K will continue to pursue legal means to ensure our democratic right to protest,” Hunter added.

The TMPD was not immediately available for comment on Thursday morning.