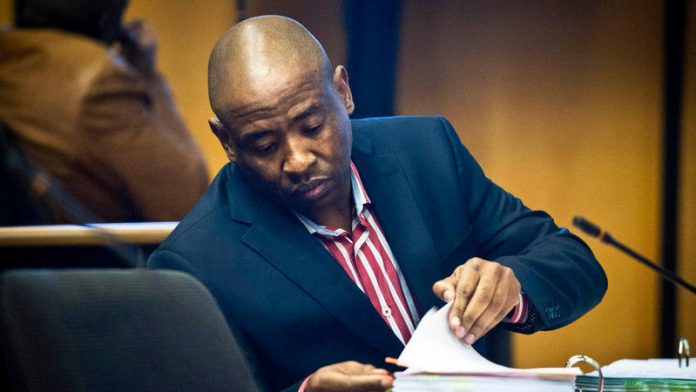 The Farlam commission was this week again privy to police confusion on policy and legislation, when a senior cop admitted that he could not recall that he had ever seen the police’s official crime scene policy.

Lieutenant Colonel Kaizer Modiba was the operational commander of the National Intervention Unit (NIU) members who were present at Marikana on August 16 2012, the day that 34 striking miners were shot and killed by the police.

Modiba and his group were tasked with providing back-up support during the police’s negotiations with the strikers, and then later with sweeping the koppie for weapons.

During his cross-examination by evidence leader advocate Matthew Chaskalson, Modiba admitted that he had seen miners gunned down in a volley of police fire at what has become known as scene one, and was aware that injuries were probably sustained when he saw bodies lying on the ground. His response, however, was to instruct the NIU members to continue to the koppie to sweep for weapons.

Chaskalson criticised Modiba’s actions based on the fact that most NIU members had level-three first aid qualifications as part of their NIU training. He also said that, according to the police service’s official crime scene policy, the first member at the crime scene “with due consideration of the integrity of physical evidence, must assist the injured within the limitation of his or her training as a matter of priority”.

Policy documents
When questioned, Modiba could not recall that he had read the police’s crime scene policy, but said that the service did regularly forward policy documents to unit commanders for them to distribute among their members.

He also admitted that at a crime scene he would normally assess any injuries and then call for medical assistance.

Despite this, Modiba instructed his members to continue sweeping the koppie as per their initial briefing. “The shooting involved TRT [the tactical response team], which I believe they had their commanders in front [of so] that they could take care of that, so I was just complying with the task that was initially given to [the] intervention [unit],” Modiba told the commission.

“According to me, there was nothing wrong for the NIU to continue sweeping koppie one as directed. There could still be firearms or dangerous weapons that we could seize from the koppie.”

Modiba said he was unsure whether his members had first aid equipment with them; he had also made no effort to find out whether the nearby police vehicles contained first aid kits. Chaskalson told the commission that “the medical evidence suggests that if basic first aid had been applied at scene one [before the medics arrived], at least one victim would have survived”, as he continued his criticism of Modiba for not deploying any of his members to assist the shot miners.

Weak understanding of legislation
Modiba countered by saying that he was sure someone had informed the police’s joint operational centre of the shooting incident, even though he had not, and that it would be the centre’s responsibility to deal with the situation.

In his cross-examination of Modiba, advocate Dumisa Ntsebeza, who represents the families of the deceased miners, pointed out another weakness in Modiba’s understanding of legislation.

Ntsebeza referred to Modiba’s statement in which he declared that he had briefed his members to act according to section 49 of the Criminal Procedure Act.

Modiba’s understanding of section 49 is: “If you have to use force in defending yourself, the amount of force you’re going to use is proportionate to the level of threat.” However, Ntsebeza pointed out that this section in fact relates to the use of proportional force when making arrests, not when defending oneself.

Ten people were killed at koppie three, to which Modiba and his NIU members proceeded after moving past scene one.

Modiba, however, would not admit the responsibility of any of his members in the shootings.