MaMbeki, a heroine of peace 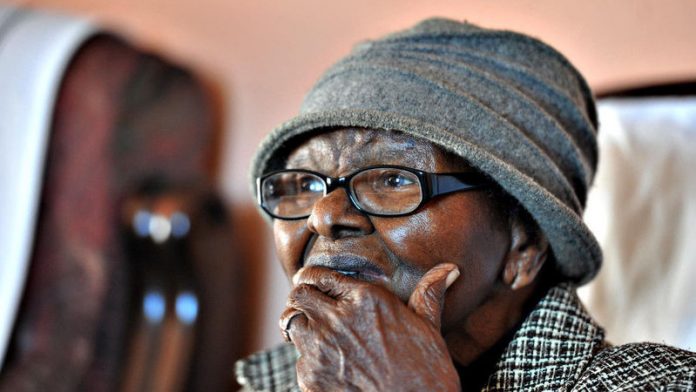 “MaMbeki belongs to that generation of our people who knew none other than the life of selfless sacrifice in the struggle to rid our country of the demon of apartheid colonialism in all its manifestation,” Deputy President Cyril Ramaphosa said in a eulogy prepared for delivery at Epainette Mbeki’s funeral in Dutywa, Eastern Cape, on Saturday.

“They did so without seeking personal glory, distinction or material gain.”

Ramaphosa was representing President Jacob Zuma, who was meant to deliver the eulogy but spent the week resting after spending a night in hospital last weekend.

The deputy president said for those such as MaMbeki, the struggle against apartheid was inherently a struggle to reclaim their birthright as a people, as successive racist regimes denied them their citizenship, dignity and identity.

“It was a struggle that necessarily resulted in deaths in detention, execution of some of the best sons and daughters of our country,” he said.

Mbeki’s generation was ready to sacrifice whatever comfort they could have enjoyed, sparing neither strength nor effort to bring an end to what the world proclaimed to be a crime against humanity.”

The public funeral service was cut short because of gale force winds that wreaked havoc with the marquee tent. The numerous dignitaries in attendance had to be evacuated.

“These tents can only withstand 45km and we were already going to 50km,” he said. “The engineer specs for these tents are 55km but only for three seconds. We also heard that the winds were not going to drop, they were going higher. This is why I made the call for the safety of everybody.”

The remainder of the funeral ceremony was held in private.

Mbeki, the mother of former president Thabo Mbeki, died in the Life St Dominic’s Hospital in East London in the Eastern Cape last week Saturday at the aged of 98. – Sapa

Ramaphosa stands in for Zuma at events

MaMbeki to get special official funeral

The world of Epainette Mbeki: A mother and a comrade to the end

Be fair to Madiba, says MaMbeki