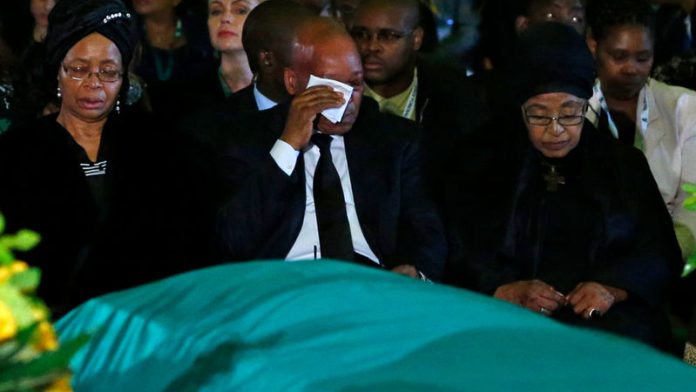 The family of former president Nelson Mandela were expected in Qunu in the Eastern Cape to mark the end of the mourning period, the SABC reported on Saturday.

The mourning period would end on Sunday, six months after Mandela was buried in his hometown on December 15, according to the national broadcaster.

Since Mandela’s death, his wife Graça Machel and ex-wife Winnie Madikizela-Mandela have been wearing black and have not been allowed to make public appearances as a sign of mourning.

A cleansing ceremony will be performed in Qunu on Sunday, where traditional beet and meat will be prepared for the family.

The elders of the Mandela family will then address other family members as a sign of appreciation, the SABC said.

The performance of rituals to mark the end of the mourning period was scheduled to begin at 9am.

AbaThembu royal family spokesperson Daludumo Mtirara told the SABC only immediate family members would be allowed to observe the performance of the rituals.

Mandela died at his home in Johannesburg on December 5 2013. – Sapa