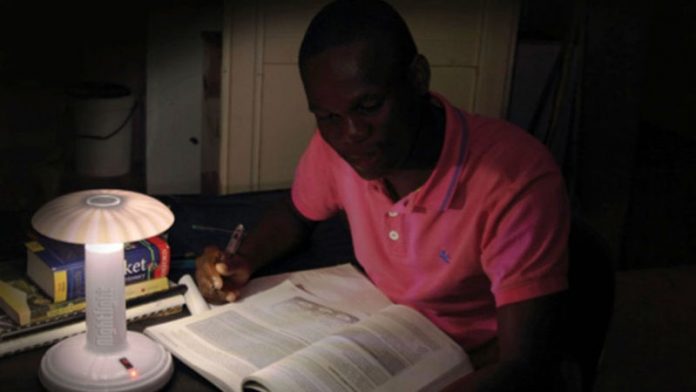 Lighting Africa, which seeks to provide “modern off-grid lighting products in sub-Saharan Africa”, has shortlisted the Solar Candle for distribution throughout Africa because of its durability and unique performance. The organisation has, with its partners, “contributed to about 7.7-million people across Africa accessing better quality, affordable, clean lighting”.

Johannesburg-based Solar Candle inventor Ken Hall said he was spurred to develop the product after learning that many devastating fires in townships are caused by candles or paraffin lamps setting fire to homes.

Hall was named in Time magazine in 2001 for his internationally acclaimed tabletop Cobb oven.

“Since then I have designed several other products, specifically the Protostar stove, which competes against paraffin stoves in informal settlements,” said Hall. “It is far safer and runs on methanol-based fuel. During my research I discovered what major fire hazards candles and paraffin lamps were. That’s when I saw the need to design a candle without a flame.

“What’s significant is that this is a specifically African product designed to withstand African conditions,” said Hall. “Because this product is environmentally friendly, it will help reduce carbon dioxide emissions.”

Hall, the technical director of the company behind the invention, Nightlight, said charging the Solar Candle has been made easy with a durable solar panel on the base of the product, meaning it simply has to be turned upside down and left in the sun to recharge. Even after being stored without use for up to six months, the Solar Candle retains 90% of its charge when used again, he said.

The unique aspects of the Solar Candle are what have garnered the attention of NPOs such as Lighting Africa. These include:

Durability
The high-end lithium battery of one Solar Candle means that after charging in sunlight for up to six hours, it will emit five times candle-power white light for up to seven hours. The Solar Candle, which has a durable plastic body, is also water resistant (although not waterproof).

Long life span
The Solar Candle has a life span of just over four years, when charged once daily and uses Light Emitting Diodes (LEDs), which have a 12 000 to 15 000 hour life span.

Value
To produce the equivalent light emitted by the Solar Candle, at least five candles would have to burn at the same time, equating to 1 825 candles annually. At about R2 a candle (average price, with each candle lasting about seven hours), this would cost more than R3 500 a year and almost R15 000 over the lifecycle of a Solar Candle (four years) compared with a recommended retail price of about R285 (excluding VAT) for a Solar Candle.

Safety
Open flames from candles or paraffin lamps are one of the biggest cause of shack fires. The Solar Candle poses no fire hazard.