Economic week ahead: State of the Nation 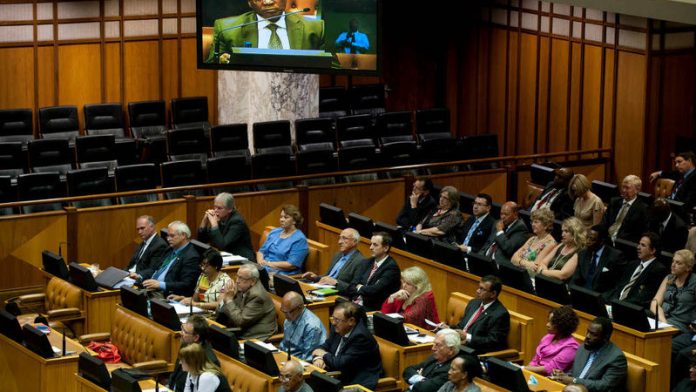 This week sees President Jacob Zuma deliver his State of the Nation address at a time when South Africa’s economy shrank in the first quarter of this year and the youth unemployment rate stands at 36.1%. Some analysts believe that the state of the nation is not good but we’ll have to see whether Zuma agrees.

Elsewhere in the world, economists and investors will focus on eurozone inflation updates, the Federal Reserve’s latest policy decisions and Chinese housing market data over the coming days. Here is your guide.

Africa
Africa’s economic week will begin on Monday with an inflation update from Nigeria – the continent’s largest economy – and rates decisions in Mozambique on Monday and Morocco on Tuesday.

Mozambique’s monetary policy committee has left the central bank’s benchmark interest rate unchanged at 8.25% since October last year and is widely expected to do the same this week. No changes are expected from Morocco’s Bank Al-Maghrib either.

Consensus is that consumer inflation in Africa’s number two economy probably accelerated to 6.5% from a year earlier in May from 6.1% in April. Analysts at 4CAST expect that the year on year pace of retail sales picked up to 1.7% in April from 1.0% in March.

Elsewhere on the continent this week, Tanzania is scheduled to report money supply figures for April. Angola will report April’s net reserves, while Kenya will report first quarter gross domestic product (GDP) figures. Kenya is in the process of rebasing the year used for GDP calculations to 2009 from 2001. When the exercise is completed later this year, Kenya’s treasury expects the reported size of the country’s economy to increase by 20.6%.

United States
America’s economic week will begin with last month’s industrial production data on Monday. Consensus is that production rose 0.5% in May following April’s 0.6% monthly decline. Manufacturing output likely rose 0.6%, up from a 0.4% decline in the previous month.

On Tuesday, attention will turn to last month’s CPI and housing starts data. Economists expect inflation to remain benign and for the pace of housing starts to have fallen slightly to a seasonally adjusted annualised rate of 1.036-million units in May from 1.072-million units in April. Housing permits, an indicator of future activity, also have slipped slightly, to 1.060-million from 1.080-million previously.

On Wednesday, the Federal Reserve will take centre stage. Economists widely anticipate that rates will remain unchanged and that officials will continue their gradual reduction of the central bank’s asset purchase programme. Markets will also be on the lookout for policymakers’ updated economic projections and rates forecasts in the post-meeting statement.

Europe
Eurozone inflation data will kick-off Europe’s economic week on Monday. Consensus is that the currency bloc’s harmonised consumer price index (HICP) fell 0.1% from April to May. From a year earlier, the index probably rose by less than 0.5%.

On Wednesday, the Bank of England will publish the minutes of its June 5 meeting and King Juan Carlos, who announced his abdication earlier this month, is expected to authorise the proclamation of his son Prince Felipe as Spain’s next official head of state.

Asia
Central banks will feature prominently in Asia this week. The Reserve Bank of Australia and Bank of Japan will release the minutes of their most recent policy meetings on Tuesday. Policy decisions from Thailand and the Philippines will follow on Wednesday and Thursday, respectively.

On the data docket, India will report last month’s wholesale price index (WPI) data on Monday. WPI inflation eased to 5.2% in April from 5.7% in March. Any further easing of May’s data will stoke speculation that the Reserve Bank of India will cut lending rates at its next policy review.

Japan’s ministry of finance will release last month’s trade data on Wednesday. Economists surveyed by Market News International expect the figures to show that Japan recorded its 23rd consecutive monthly trade deficit in May. The median forecast calls for a ¥1.176-trillion gap, up from ¥811.7-billion in April.

Wednesday will also bring the latest official housing prices from China. Private sector survey data showed that prices fell for the second straight month in May, raising concerns about Chinese banks’ exposure to the property sector.