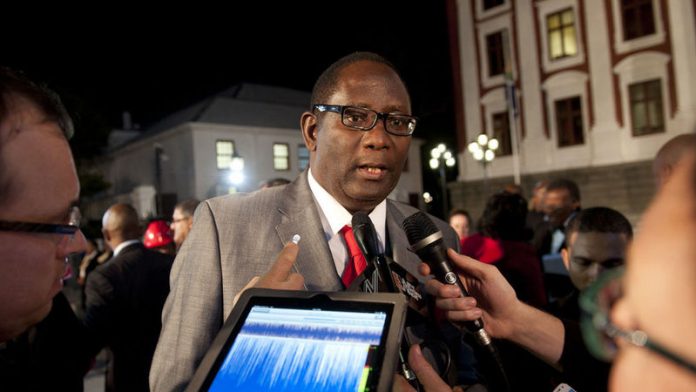 Cosatu general secretary Zwelinzima Vavi said he was worried that the government was moving ahead with the implementation of employment tax incentives, despite strong opposition to this from labour.

President Jacob Zuma said during his State of the Nation Address on Tuesday night that more than 130 000 jobs have been created since the introduction of the employment tax incentive five months ago.

But Vavi was not impressed by this. “He [Zuma] says 133 000 jobs were created but we are not told how many jobs have been lost . We are sitting at 36.1% youth unemployment.  It’s a serious crisis,” said Vavi

Cosatu has previously argued that the only way the government could deal with the issue of unemployment was if it changed the current economic policies.

“The need for such a radical reconstruction of our economy was brought home by the latest Stats SA report on youth unemployment, released on June 5 2014, which revealed that unemployment [in the narrow definition] among youth increased from 32.7% to 36.1% between 2008 and 2014, during which the youth unemployment rate has, on average, been 20% higher than for adults.

“Youth make up 52% to 64% of the working population, yet account for only 42% to 49% of those with jobs. This shocking statistic is symptomatic of the wider economic crisis we face. Despite the advances we have made in the first 20 years of democracy – the scrapping of racist apartheid laws, a Constitution that enshrines human rights, andmany progressive laws and social grants to protect the poorest South Africans – our economy has changed relatively little since 1994”.

Democratic Alliance Parliamentary leader Mmusi Maimane said Zuma speech ignored issues of corruption and youth development. Maimane said while the national government’s intended intervention in municipalities was a good step in the right direction, he did not understand why Zuma needed to announce something that should have been done long ago.

Inkatha Freedom Party leader Mangosuthu Buthelizi said he did not expect anything new from Zuma speech.

“What I liked was his honesty, that the six-million jobs are coming from the expanded public works programme. People expected that these were would be decent jobs,” said Buthelezi.

“He can’t push radical economic policy changes because he knows he will upset his principles. He [Zuma] was supposed to tell the nation that tough action would be taken against mining bosses who are failing to comply with the mining charter,” said Malema.