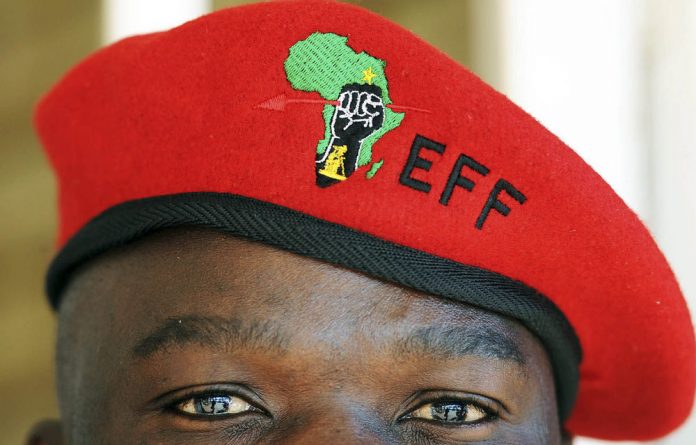 In 1960, addressing outraged apartheid politicians in what is now the Old Assembly dining room in Parliament, British prime minister Harold Macmillan spoke of a wind of change blowing through Africa.

Fast forward to 2014, to the new wing of the National Assembly in a democratic legislature in its 20th year. Could a different wind of transformation be blowing through the increasingly irrelevant and moribund third arm of state, a gale generated by the Economic Freedom Fighters of Julius Malema?

The Mail & Guardian has no illusions about Malema’s posturing as the messiah of the poor: with his Gucci shoes and huge debt to the revenue service, he is not a credible representative of South Africa’s impoverished masses.

But his maiden speech was a bracing contrast to President Jacob Zuma’s stupor-inducing address of the night before. He had done his homework and he sparked a definite response from the ANC, long lulled into arrogant unaccountability by its overwhelming parliamentary numbers.

Those who listened to Zuma’s State of the Nation address could be forgiven for thinking that they had heard it before – including when his predecessor, Thabo Mbeki, stood at that very same podium. It was the president’s health rather than what he had to say that was the talking point for observers.

But the debate that followed Zuma’s speech may have underlined new forces at work in the assembly.

The Democratic Alliance has played its role as the main parliamentary opposition but on this occasion its new leader, Mmusi Maimane, was a bit player. Maimane appears to be a politician of style rather than substance, and one feels that his transparent bid to model himself on United States President Barack Obama is likely to alienate ordinary South Africans. Starting with a variation of Mbeki’s “I am an African” speech, he was nevertheless upstaged by another opposition leader who was also making his maiden speech.

It was Malema who unleashed the wind of militant resistance, calling Zuma to account on the broken promises he has made in past addresses.

Despite his populist rhetoric and habit of hurling unsavoury insults, Malema and his fellow speechwriters had clearly done some research. If such attention to detail can be sustained, it could set the EFF apart from the many idle timeservers who happily draw salaries while dozing on the parliamentary benches.

Malema questioned what the ANC buzz phrase – “radical socioeconomic transformation” – really means. For, although Zuma devoted a large part of his speech to the economy, it was notably short on detail about what is to be done to boost economic growth and job creation, and how and when. He ignored the concerns of the rating agencies, as well as domestic and international investors, and failed to decisively address the fears of the middle class or the poor, not to mention the unemployed and the youth.

The EFF’s economic proposals are, for the most part, pie in the sky. But, unlike previous hive-offs from the ANC such as the Congress of the People and the United Democratic Movement, it has a distinct policy profile. As a ginger group, its arrival may have a beneficial effect on Parliament, the Zuma administration and the country.

It will hopefully see MPs – particularly from the ANC – preparing better, taking their committee work more seriously, passing good legislation and holding the president and his Cabinet accountable, rather than acting as a craven rubber stamp.

It might even force the government to become more responsive to the needs of the vast majority of South Africans, to shrug off the arrogance of recent years and return to the movement of Albert Luthuli and Oliver Tambo, as distinct from, to use Malema’s words, “the ANC of Cyril Ramaphosa and Marthinus van Schalkwyk”.

With the local government election due in 2016, the ANC has acknowledged that it has much work to do. The May election shed an unflattering light on its sliding support in the major metropolitan areas, including a significant decline in the economic heartland of Gauteng.

But there was no urgency in Zuma’s address. Echoing next month’s theme for international Mandela Day, Zuma urged citizens to “clean South Africa” – although the unintentional irony of such a call by the owner of Nkandla was not lost on sceptics. The required cleanup is far less about litter than about government sleaze. With the government focusing on the energy sector and multibillion-rand tenders at stake, there are fears that corruption will once again rob ordinary people while bringing untold wealth to the connected few.

Whether Parliament can do a proper job depends, in part, on the speaker of the National Assembly – and the fact that she is also the ANC chairperson and an unquestioning party loyalist does not inspire confidence. Speaker Baleka Mbete must still decide whether a parliamentary ad hoc committee on Nkandla will be reconstituted and deal decisively with the public protector’s report. And Parliament will have to deal with the Electoral Court’s recommendation that Independent Electoral Chairperson chairperson Pansy Tlakula be removed from office.

If Parliament can put the people of South Africa first, it will become a vital bulwark against the incompetence and greed that have permeated the Zuma administration. For this to happen, it needs to embrace its constitutional responsibilities as a tribune of the people and watchdog over our rulers.