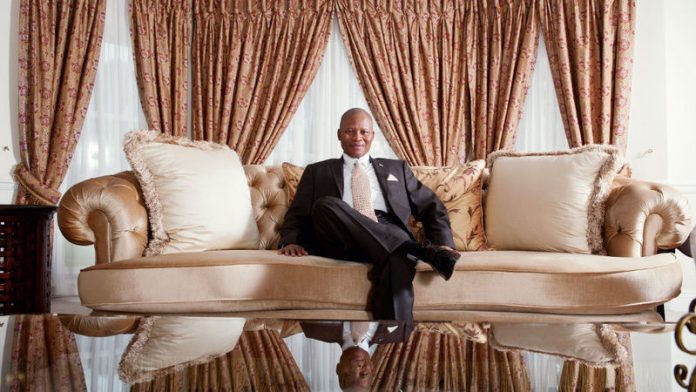 One of the absurd legal myths perpetuated during apartheid was that judges were neutral, that they did not hold views that might influence the outcome of the adjudication process, and that all their decisions were objectively determined and cleansed of any political or legal convictions.

In his inaugural lecture in 1971, John Dugard classified this theory of the judicial function as “purely mechanical or phonographic”. Apartheid judges claimed that they had no creative power in their mechanical search for the applicable law, particularly when it came to the application of statutory law.

Dugard’s lecture was probably the first in South Africa to point to the inarticulate premises that help to fashion a judgment: subconscious preferences and prejudices that can never be removed from the judicial process. For this reason, Dugard argued that judges should be more open about these influences and hence the creative process involved in the interpretation of statutes.

Once this was recognised, judges could find guidance in fundamental legal principles and values such as freedom from arbitrary detention, the right to be heard in one’s own defence and freedom of assembly, expression and movement.

Of course many judges during the apartheid era, who were probably card-carrying members of the Broederbond, enthusiastic supporters of the National Party or both, eschewed this approach and thus claimed, as did then chief justice LC Steyn in 1960, that judges “should give politics a wide berth” – which meant invariably preferring a result that supported the regime.

It is perhaps ironic that more than 40 years after Dugard’s illuminating analysis and 20 years since the dawn of democracy, the neutrality myth still has traction. Consider the recent controversy over Chief Justice Mogoeng Mogoeng’s talk on religion and the Constitution. Critics say the chief justice should have kept his religious views to himself, that it was not judicial to express himself in public on this topic.

Such an attitude seems to follow on the idea that judges are totally neutral or, if not, as the apartheid-supporting judges did, they should pretend to be devoid of any extraneous influence when they adjudicate.

One is tempted to ask whether these critics should not awaken to the smell of the obvious. Hardly a counsel who appears in court is not vitally interested in the composition of the Bench that will hear his or her case. Why? Because judges are not machines but human beings, holding differing views on the law as well as the relevant social and political context. Also, it is well known that the present chief justice is a religious man, which, to state the obvious, is his inalienable right. Understandably, therefore, he will be influenced by his personal religious convictions. Indeed, given what is known about him, it would be decidedly disingenuous for him to pretend to the contrary.

Yet his speech makes it clear that he is aware of differences between his belief system and the constitutional text he took an oath to uphold. In keeping with Dugard’s suggestion, Mogoeng confirms that where there is a conflict such as in the case of the constitutional rights of gays and lesbians to equality and protection against discrimination, he abides by the constitutional provision. Expressed differently, he would hold his own personal views in check in order to uphold the values of the Constitution.

Surely this approach is far more conducive to judicial integrity than the unjustified claim of neutrality? Having articulated his approach, Mogoeng’s judgments now lie open to public scrutiny in that each can be carefully examined to ensure that the outcome and his reasoning are compatible with the Constitution rather than his articulated personal religious premises.

Members of society are, of course, free to disagree with his views, to contend that we do not need religion as a way to infuse meaning into the fundamental values of the Constitution, and to hold the courts – including the chief justice – to a constitutional value system that eschews the problem of which conception of a multiple set of religious values should apply.

But, by being open and transparent, Mogoeng has set a standard that may well promote greater judicial accountability. It would surely enrich the quality of the judicial appointment process if the Judicial Service Commission probed candidates for judicial office more fully about their social and political premises and hence how these could be reconciled with the Constitution. The contrary position is to revert to the fiction of neutrality, which, as Dugard illustrated long ago, is far less conducive to the open and democratic society that is promised in the Constitution.

Judiciary is last line of defence against government

Anti-judiciary rhetoric must be backed up

South Africa must choose between accountability and blind trust

Judicial accountability must be dealt with swiftly

More women on the bench offer a better gender perspective