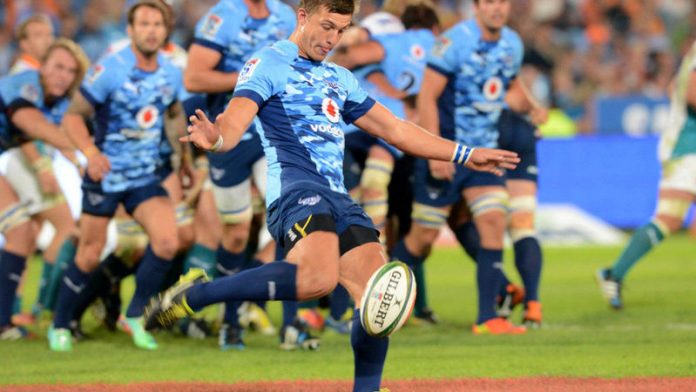 The most significant event in Springbok rugby this week will take place not at the Mbombela Stadium in Nelspruit on Saturday but at Eden Park in Auckland. At about 9.40am South African time on Friday morning, the South African under-20s will take to the field against England in the final of the Junior World Championships (JWC).

The JWC is an annual contest, unlike its senior counterpart which comes around every four years. Therefore it is not as exclusive in playing terms and, as an example of that, Handré Pollard, the South African captain and flyhalf, is playing in his third edition.

But its relative frequency is a boon in tracking the new talent coming through. For instance, Jan Serfontein will be wearing the Springbok number 12 jersey against Wales almost exactly two years after doing so in the JWC final of 2012. Paul Jordaan also played in that game and was called up to the senior Bok squad this week, and Pieter-Steph du Toit would be in the mix if he was not injured.

The significance of this year’s final is not simply that South Africa is in it, for that happens reasonably often. What marks it out is the quality of the team representing the country, as in many respects it is the best squad assembled since 2002.

Back then, there were two World Championships, one at under-19 and the other at under-21 level, but a decade ago the International Rugby Board wisely chose to amalgamate the two.

South Africa had several things going for them at the 2002 tournament, including home advantage, Jake White as head coach and Naas Botha as manager.

Extraordinary
But all of that adds up to little without talent and that squad was extraordinary. The list of those who went on to be capped at senior level is: Jean de Villiers, Schalk Burger, Juan Smith, Fourie du Preez, Ricky Januarie, Gurthro Steenkamp, Gary Botha, Odwa Ndungane, Ashwin Willemse, Jacques Cronjé, Pedrie Wannenburg and Jorrie Muller. The team was captained by Clyde Rathbone, who moved to Australia with his family and became a Wallaby.

It is foolish to suggest that this year’s class will go on to achieve at the highest level of the game in the same manner but it is possible at least to pick out a bunch of richly talented players who can look forward to successful careers.

There are several who have already played Super Rugby, including Pollard, who was snatched up by the Bulls as soon as he matriculated from Paarl Gimnasium.

In fact, a third of the squad are contracted to the Bulls, including the usual selection of enormous front-row forwards. The pick is tighthead prop Dayan van der Westhuizen but look out also for former Affies captain Pierre Schoeman and hooker Corniel Els, who scored the winning try in Sunday’s semifinal against New Zealand at North Harbour Stadium.

The Bulls also have the most gifted back to come out of schoolboy rugby in this country for many a moon. Jesse Kriel went to Maritzburg College and lit up the grounds of KwaZulu-Natal with his fullback play. He has sometimes been slotted in at centre by Junior Bok coach Dawie Theron because of injuries in the squad, and the Bulls have already tried him at flyhalf in age group rugby.

Elsewhere, there is Super Rugby experience in the shape of the Kings pair, wing Sergeal Petersen and eighth man Aidon Davis, while Sharks centre André Esterhuizen has been identified by White as a future star. At lock, the massive frame of JD Schickerling was honed at Paarl Gim, while that school’s great rival, Paarl Boys High, produced Thomas du Toit.

Physical freak
The latter is a physical freak, weighing in at a fat-free 130kg. Du Toit matriculated last year and turned 19 in May as a member of the Sharks squad. Sharks Academy boss and former Springbok tighthead Etienne Fynn was instrumental in getting the youngster to go to Durban.

International sport is for young people and it is interesting to note that Du Toit is about one month younger than Schalk Burger was when he played in the under-21s back in 2002. Burger was two years younger than most of the rest of the team and was preferred by White to Luke Watson. Time has proven the current Sharks coach correct in his assessment of Burger’s ability. He is on the bench for the senior side on Saturday and will win his 70th cap if he comes on against Wales.

Now 31, Burger has overcome a potentially career-ending neck injury and a near-death experience with bacterial meningitis. The flowing blond locks have gone and there is a bald patch appearing on his crown, but those of us lucky enough to have seen him aged 19, hunting with the forwards and linking with the backs, will remember him that way forever.

It is safe to assume that Burger will be in front of a television set on Friday, cheering on the class of 2014 and wondering which of them will end up as household names.