More must walk the linguistic talk at universities 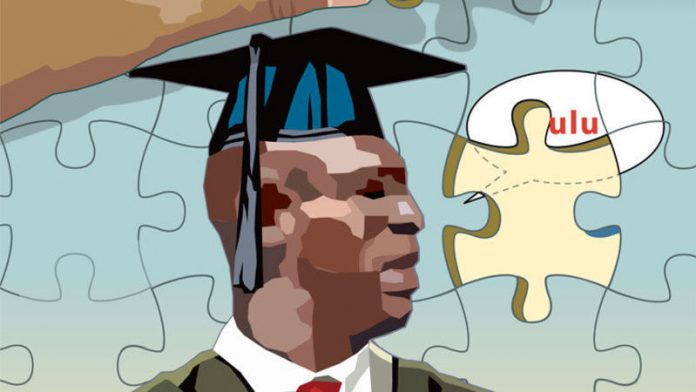 Three years ago the University of KwaZulu-Natal (UKZN) implemented a language policy centred on the bilingual use of isiZulu and English. The policy required that isiZulu be developed as the university’s language of teaching and learning, and that students begin to use the language in selected modules and programmes.

Reports on the policy, controversial since its inception, were featured in the provincial and national press. It was anticipated that it would fail; that students would find the use of isiZulu in an academic context artificial and problematic. It was also suggested that the policy would result in a brain drain, entailing the flight of top academics, international and local students to other universities.

The arguments about why the policy was both inappropriate at higher education level and doomed to fail are revealing.

Commentators suggested then that the task of developing indigenous languages ought not to be artificially institutionalised in higher education institutions that had limited capacity to develop them. The well-known phenomenon of dwindling student numbers in African languages in South Africa was cited as evidence that the exercise was both wasteful and futile. Language development ought either to occur in the communities in which they were spoken or be undertaken by extra-university institutions such as the Pan South African Language Board.

Simply put: What was the point of developing “local” languages that were never used for higher learning historically and, indeed, lacked the linguistic complexity of international languages such as English (or even Afrikaans)? Arguments put forward about the transition to English at ­traditionally Afrikaans-medium institutions were also cited as cautions concerning the introduction of “other” African languages.

Affirming relevance
Other universities embraced the development opportunity as a way of affirming relevance and access to urban and rural communities (manifestly multilingual already), the schooling sector and as part of a commitment to transformation that went beyond talk to walking the talk.

The UKZN, and others such as Rhodes and the University of Cape Town (UCT), which were serious about the development of indigenous languages, lobbied for funding from Dutch and Norwegian donor agencies to pursue pilot projects in the institutions devoted to “corpora development” (that is, the creation of new words to describe scientific or theoretical phenomena in education), communication development (conversational isiXhoza or isiZulu), multilingual academic ­dictionaries for science and mathematics, ­textbook and learning material development and, finally, creative writing and other media that would provide a fertile and supportive context for indigenous languages to grow, be valued and become relevant in higher education.

Universities worked together with donor funding, visiting projects at participating campuses to learn from the initiatives. From that collaborative work, the UKZN became one of the first to introduce isiZulu as a language for learning in particular programmes in health sciences and education and, in 2013, was recognised as achieving among the highest number of research outputs.

Rhodes has made isiXhoza ­compulsory for students in some programmes (for example, journalism), and so too has UCT.

False claims
All three are among the most successful South African universities. Claims that such policy and curriculum choices would damage the universities and result in untoward consequences for students and staff proved false. Some universities have managed to initiate, lead and persuade stakeholders about the value that the promoting of an indigenous language adds to an institution.

Elsewhere in South Africa, progress has been patchy at best. Some formerly Afrikaans (now bilingual English and Afrikaans) and English-medium institutions have avoided committing themselves to the development of indigenous languages, other than making conversational classes voluntarily available for staff or students. Or they have simply paid lip service to African languages and have not made their use either relevant or necessary to the university community.

Other institutions – in the Western Cape, for example – have initiated language centres or, in the North West, language directorates but they have stopped short of developing languages for higher education and have not gone beyond the need for functional multilingualism.

The arguments against moving beyond low engagement are revealing. There remains a persistent belief in some universities that using and promoting indigenous languages undermines the university’s drive to internationalise its student body, or that adopting one language in areas where many are used (Johannesburg or Cape Town, for example) will promote narrow and sectarian interests.

And, for three reasons, herein lies the rub: first, the 2002 Languages in Higher Education Policy report and the ministerial committee report titled The Development of Indigenous African Languages as Mediums of Instruction in Higher Education the following year affirm the need for all universities to promote a particular indigenous language on the grounds that this promotes a diverse, integrated multicultural and nonracial society.

Second, universities that do make an African language useful for learning and teaching (and research) widen the possibilities for students in terms of access. Arguing, as some vice-chancellors have done in the past, that local students can go elsewhere to access a regional language (be it in KwaZulu-Natal, Eastern Cape or North West) denies the stark reality of the near unaffordability of higher education for anyone other than the enabled rich and affirms popular beliefs about institutions of higher learning being elitist, exclusionary and indifferent to the ­communities they supposedly serve.

Third, English and Afrikaans are not on the list of indigenous languages in need of formal support of development – not because of any calculated spite on the part of policymakers but because these are already empowered languages, enjoying popular, cultural, political and economic support.

Serving other interests
There are two pointed questions that need to be asked in higher ­education as the minister of higher education enters his second term: Which university cannot afford to promote an African language? And, what interests are served by not engaging rigorously with this national need?

Of course, language attrition is often cited as the most important danger associated with the introduction of English in former Afrikaans-medium institutions. Although it is possible to quantify the number of modules no longer taught in Afrikaans, it is less easy to ascertain what the implications are for the ­language or the cultural ­identity associated with Afrikaners as a group.

It would be interesting to survey English-speaking students at UKZN, or Rhodes, and ask them whether they experience a loss in terms of “their” language or culture because the introduction of isiZulu or isi-Xhoza. Or, put differently, would isiZulu speakers have experienced a loss when Afrikaans and English were decreed as languages for education, with catastrophic consequences for people before and after June 16 1976?

IsiZulu has had a long-established and thriving print media, but would Zulu-speaking people have been better off if access to the language had been possible in higher education from the establishment of the first universities in South Africa?

The answer to these three questions is most likely “yes”.

Untested though it is, this leads one to assume, in the context of what is required by legislation and given that Afrikaans is a minority language (in terms of power and number of speakers), that it ought to be supported just as much as Setswana, for example. Is it possible that both ­languages can thrive in higher education without diminishment of status?

The few examples we have nationally suggest that not only is this ­possible but it is also desirable for the further transformation of universities in South Africa.

Although English may not be the de facto talk of the town in South Africa, in written form it continues to dwarf others
Read more
Education

AfriKaaps is an act of reclamation

It does not make linguistic or financial sense to offer a subject so lacking in depth or substance.
Read more
Education

Readers comment on immigrants in the Middle East, the DA's silence and linguistics, and Cope's Mosiuoa Lekota challenges the ANC on party funding.
Read more
Advertising