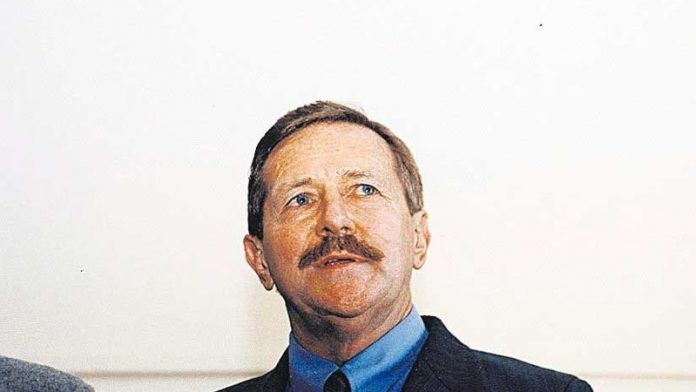 A lawyer for convicted killer Clive Derby-Lewis on Friday said he will approach a court to deal with matters arising from his client’s medical parole application.

He would go to the high court to force the correctional services department to comply with the law when handling Derby-Lewis’s application, lawyer Marius Coertze said.

Derby-Lewis applied for medical parole on May 2. A meeting with department officials was held on May 8.

The department was not happy that documents from Derby-Lewis’s doctor and two medical specialists were attached to the medical parole application form.

“Correctional services was not satisfied with the completed form. They said a doctor or nurse in the prison’s clinic should fill out the form. That is not a requirement regarding the act… that person has nothing to do with Clive. They know nothing about his condition,” Coertze said.

Coertze said at the end of the meeting the area commissioner told him he was not happy with how the form had been filled in.

The form stated Derby-Lewis was suffering from a terminal illness and would die from cancer. “He [the commissioner] said it was not acceptable in his culture to say that, because you invoke the spirits of the forefathers,” Coertze said.

Nonsense
He said the department did not want the form to state Derby-Lewis was terminally ill.

“I don’t believe the forefathers nonsense. Although they believe it, they cannot prove it,” Coertze said.

Correctional services on Friday said an incomplete medical application was submitted, which could not be entertained.

“The department went an extra mile to explain the requirements to the wife of offender Derby-Lewis and her attorney and is still waiting for a complete application to be able to process it for consideration by the medical parole advisory board,” spokesperson Manelisi Wolela said.

He said the department did not have any application for medical parole or a form from any person acting on behalf of Derby-Lewis or even directly from him.

Derby-Lewis was convicted of conspiracy to kill SA Communist Party general secretary Chris Hani by providing the gun Polish immigrant Janusz Walus used to kill him in the driveway of his home in Boksburg, on Gauteng’s East Rand on April 10 1993.

The 78-year-old former Conservative Party MP, who was sentenced to 25 years behind bars, has already served more than 20 years of his sentence.

Derby-Lewis was initially sentenced to death, which was commuted to life imprisonment when the death penalty was abolished in 1995.

He testified before the Truth and Reconciliation Commission that his fight against communism motivated the murder. The commission denied him amnesty in 1999, a decision upheld by the Western Cape High Court a year later.