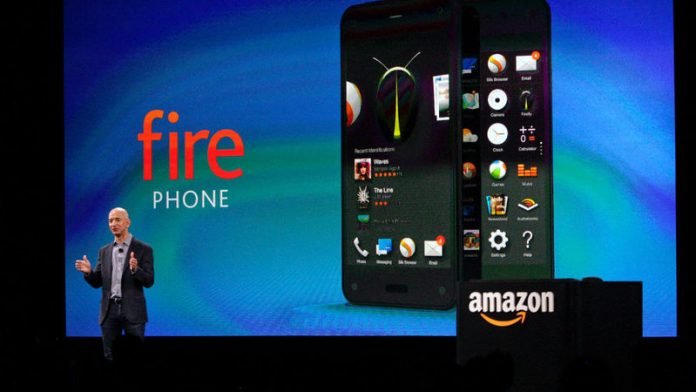 Amazon is not a consumer electronics company. Yes, the eccomerce giant has sold tens of millions of its own devices to customers. And yes, it has just launched a smart phone, but measuring Amazon by Samsung or Apple’s standards overlooks the most important thing about its business.

When Amazon launched its Kindle e-reader late in 2007, many analysts were sceptical. The e-books market had never lived up to the hype that surrounded it during the dotcom boom, so how could a retailer expect to compete as a device manufacturer, and in an entirely untried product category?

Amazon soon proved its critics wrong. Although it never releases official sales figures, analysis suggests that there are well over 50-million of its e-readers in current use. Although e-reader sales peaked in 2011 and are now falling, Amazon is making more money than ever from the platform.

How? Simple: an average Amazon customer who owns a Kindle device spends an estimated $1 233 per year with the online retailer, 56% more than a non-Kindle owner who spends $790. This is Amazon’s secret – these devices are a means to an end, not an end in themselves.

While the other players generate the majority of their profits from device sales, Amazon famously sells its devices at close to (or even below) cost. Its Kindle Fire tablets are less than half the price of its competitors’ products.

Jeff Bezos, Amazon’s mercurial founder, understands something that most of his competitors in the space struggle to: there are many customers who care less about the technology itself than its price and what it can actually do for them.

The devices he sells are a vector for delivering his real product: premium content. And Amazon doesn’t need to chase expensive 12- or 24-month upgrade cycles. If someone keeps a Kindle or Kindle Fire for five years, they are still spending money every year.

Amazon’s core customers are not style conscious youngsters or tech worshipping geeks, they are late adopters. They are price sensitive, nervous of new technology and generally uninterested in technical specifications. They don’t want a device that will revolutionise their lives – they want a convenient way to do what they already like doing: reading books, watching movies, surfing the web and playing games.

This means that while Apple, Samsung and HTC frantically cram more power and sex appeal into their new devices, Amazon’s devices can afford to be decidedly average in both power and looks. The technology on which they are built is essentially commoditised – usually at least 12 or even 24 months behind the cutting edge.

The newest member of the Amazon device family, the Fire Phone, seems to follow this pattern. Its stats are not particularly sexy, and neither are its looks. Apart from some novelties, such as a 3D user interface, it’s essentially the little brother to the Kindle Fire tablet range.

The company has made a lot of noise about a feature that allows you to point the phone’s camera at “any product” and instantly order said product from Amazon’s online store. It’s a gimmick and one that already exists on many other smartphones.

The Fire Phone diverges from the Amazon recipe in one very important respect: price. The phone will cost $200 on a two-year contract, or $650 without one. That puts it in the same bracket as premium devices such as Apple’s iPhone and Samsung’s blockbuster Galaxy series.

This is an odd time to change one’s pricing strategy. Unlike the e-reader and tablet markets, which were extremely open and fast-growing when Amazon entered them, the smartphone market is largely saturated and far more competitive. The heyday of its growth, three or four years ago, is now past.

The smartphone market is also much more heavily influenced by the availability of apps. While tablets are primarily used for consumption, phones are utility devices. Because Amazon has chosen to heavily modify – or “fork” – Google’s Android operating system, the same apps will not work across both platforms.

This means developers need to spend time and money developing for yet another operating system; one with relatively few potential customers. As both BlackBerry and Nokia have learned to their detriment, many developers will be disinclined to do so.

Smartphones are not well suited to consuming the kind of content at which Amazon excels. People do read articles and watch videos on their phones, but these are normally in short form. Relatively few people in developed countries will choose to read an entire book or watch a feature film on their phones.

The people most likely to consume this kind of long form content on their phones are in developing countries such as India, Nigeria and Brazil. For these customers, their smartphone will be the first computing device they own. It is often their first screen – beating television (with its limited content) and computer screens (which they cannot afford).

But Amazon’s current price point is prohibitive to these customers. They might be willing to spend $100 or even $150 on a handset, but $650 might as well be $6 500. The customers who can afford the $650 probably already have an iPhone or Samsung Galaxy, and probably a tablet or computer as well.

Unless something radical changes, the Fire Phone is likely to prove a rare misstep for Bezos and the company he founded. It has arrived late to a market it thinks it understands.

Although it will have spent far less on research and development than its rivals, Amazon still needs to recover those costs. That implies selling several million units of the Fire Phone within the first year. But even late adopters, Amazon’s bread and butter, already have smartphones, and shifting them to another platform will be extremely difficult.

No, Amazon is not a consumer electronics company. It cares far less about selling devices than it does about reaching its customers. But unless it rethinks its current strategy, it is likely to be stuck with a lot of devices and not very many customers.