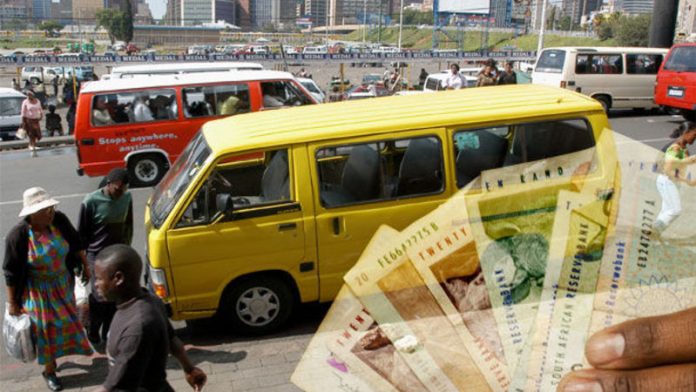 The company said it raised R665-million rand from 12 money managers on June 4 by issuing six 10-year asset- backed securitised notes with an average interest rate of 8.06%. That was 226 basis points over the three-month Johannesburg Interbank Agreed Rate, and compares with an average of 10.1% for the securitised loans it sold in 2013.

Transaction Capital has financed more than 2 760 taxis this year, lending an average of about R250 000 to the owner- drivers and small businessmen that transport 15-million commuters in townships from Soweto to Khayelitsha. To lure investors still wary of subprime after more than $2-trillion of writedowns worldwide during the crisis, the company absorbs the first 11.4% of any losses on the securitised loans.

“Securitisations became a bit of a swear word, especially internationally, when banks were repackaging subprime loans,” Mark Herskovits, chief financial officer of Transaction Capital, said in a telephone interview from Johannesburg on June 6. “We’ve always used securitisations as a funding technique. We’ve got a long history and track record.”

Offer-oversubscribed While the company raised R2-billion for its SA Taxi unit last year through private debt sales, this month’s issue was rated by Standard & Poor’s. Combined with the level of risk protection, that helped cut interest rates and the offer was oversubscribed by 50%, said Herskovits.

“We’d look at the opportunity to be involved if they tap again,” said Jason Lightfoot, who helps oversee $12.6-billion at Futuregrowth Asset Management, which participated in the listed securitisation. “We’ve always been a supporter of SA Taxi — it’s in a good space, management understand the business very well and they get their feet dirty with guys on the ground.”

Transaction Capital will return to the market once or twice before next June, said Herskovits.

Securitizations in South Africa peaked at R39-billion in 2007, before plunging during the global financial crisis, according to Elena Ilkova, a credit analyst at Johannesburg- based FirstRand’s investment-banking unit. Since 2010, securitisations averaged about R15-billion a year with R3.6-billion issued in the first five months of 2014, she said.

Risk appetite
South African lenders including Standard Bank Group didn’t invest in subprime mortgages because they were deterred by the country’s exchange controls and were able to use the economy’s high interest rates to generate returns.

Originators of asset-backed securities in Europe have to keep at least 5% of the bonds as part of so-called skin- in-the-game rules implemented in 2011 after the securities were blamed for worsening the financial crisis. Regulators criticised the pre-crisis practice of arranging lower-quality loans to package into ABS without retaining a stake in the notes.

With price swings in euro-area bonds and equities collapsing, interest rates near record lows and inflation subdued, international investors are buying riskier assets in a search for yield.

While South Africa’s gross domestic product contracted in the quarter through March for the first time since the 2009 recession amid a strike in the platinum industry, public transport remains an imperative, said Herskovits.

Performing better
“While the economic downturn may have an impact on economic activity, people still have the need to get around,” he said.

The rand, the worst performer over the past year among 16 major currencies tracked by Bloomberg, climbed 0.5% to 10.59 per dollar by 3.23pm in Johannesburg.

Transaction Capital’s profit more than tripled to R755-million in the six months through March after the sale of two businesses. A non-performing loan rate of more than 30% for its SA Taxi unit doesn’t deter investors.

“A business could have high non-performing loans, but these could be fully provided for, and have good recovery rates so that your actual credit losses are close to zero,” Bronwyn Blood, portfolio manager at Cape Town-based Cadiz Asset Management, said in an emailed response to questions.  – Bloomberg